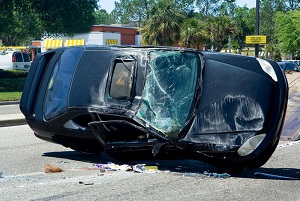 Three years after the death of a beautiful 22-year-old girl, her family has settled a wrongful death lawsuit with the Louisville Metro Police Department.  The case settled for $700,000 – and a letter.  A letter to the family of the deceased from the driver responsible for the crash, an off-duty police officer.

In a letter to the family, as part of the settlement, the detective admitted that he was speeding at the time of the accident, which was a “contributing factor to this accident.”  An investigation determined that he was driving at approximately 80 mph, around a curve sloping down a hill.  The Louisville Metro Police Department, who admits that speeding off duty is an ongoing problem, suspended the detective for 30 days, the department’s strictest discipline, short of being fired.  According to the department, he was not fired for a number of reasons, one of which was the fact that the deceased was found to have a blood-alcohol content higher than the state’s 0.08 level for drunk driving – an allegation argued by the family’s attorney as the blood-alcohol sample was lost.

Besides admitting that his speed was a contributing factor, the detective cautioned other motorists, particularly police officers, to be careful in the manner in which they operate their motor vehicles.