Interestingly, plaintiffs receive a financial recovery in 44% of personal injury lawsuits that go to trial compared to the national average of 52%. These numbers are misleading because the type of case has a huge bearing on both the average recovery and the plaintiffs’ success rate. But this data from Michigan, as well as this settlement and verdict info, are still interesting to personal injury lawyers and accident and malpractice victims in Michigan. 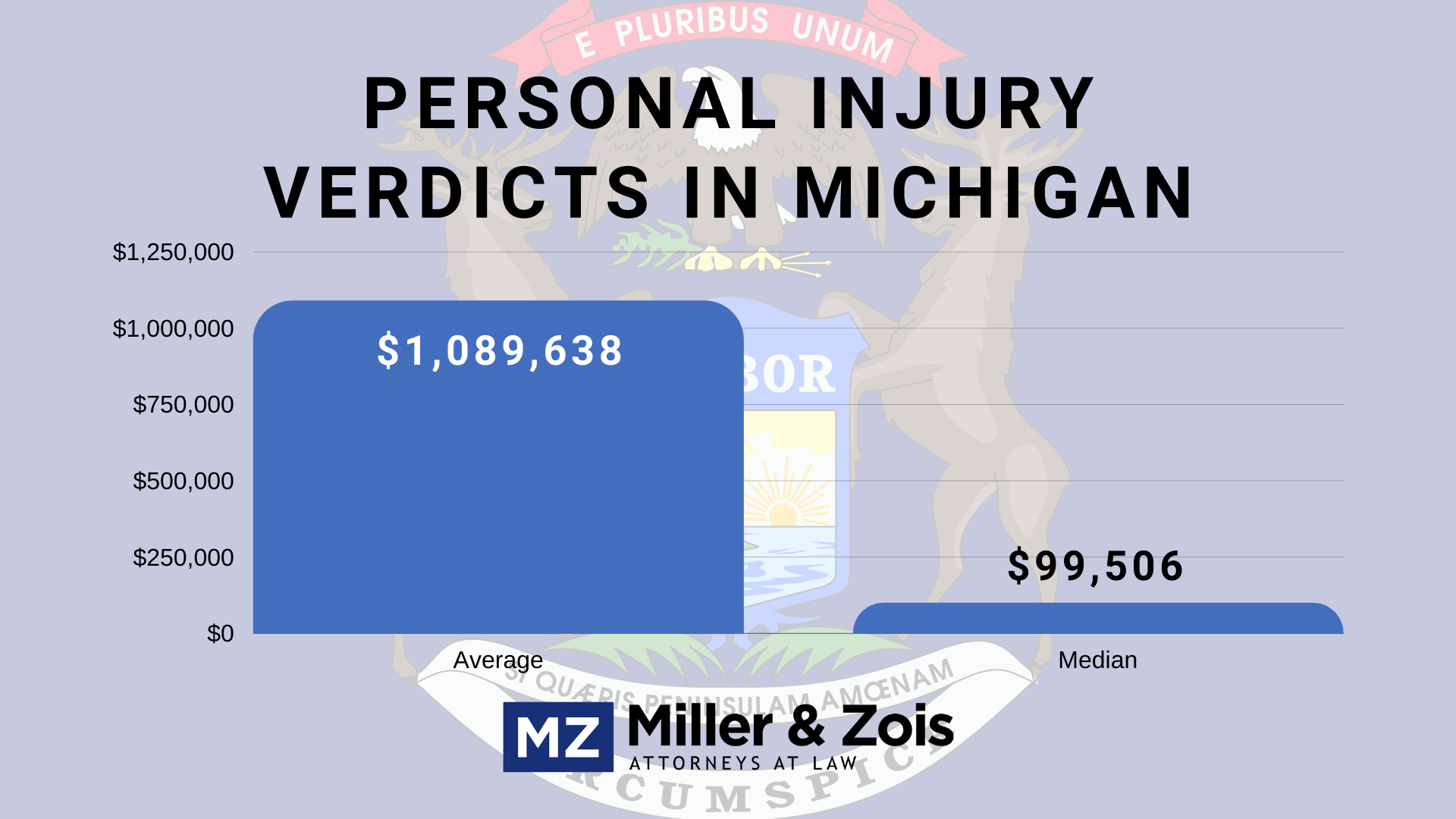 The following are some recent Michigan personal injury verdicts and settlements:

In medical malpractice cases, the Legislature has decreed that an expert’s tax returns are simply off-limits. MCL 600.2169(5)(a).