C.R. Bard has been in the transvaginal mesh cases from the very beginning.  I really believe they will try to put together a global settlement that will resolve more than just the cases with pending trial dates.  But in the meantime, Bard will do what it has done from the beginning of this litigation: wage war.  But facts are stubborn things which brings us back to the same theme: these cases will settle. 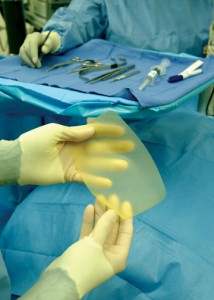 Bard is not only fighting the new cases, it is fighting the battles it has already lost.  The most recent battle was a verdict against the company for over $1.4 million.

The case was a good test case although it was a case that was actually pretty favorable to the defendant because the injuries were not as serious as they are in some other cases.  It is the classic design defect/failure to warn claims against Bard’s Avaulta Plus, a synthetic mesh product designed to treat pelvic organ prolapse.  The woman’s lawsuit claimed that that the arms contained in the mesh device, the small pore size used in the mesh, and the use of polypropylene to make the device were design defects.  On their failure to warn claim, the plaintiff argued that Bard inadequately warned about the risk and severity of the complications Plaintiff eventually experienced.  Plaintiff also argued the obvious: Bard did not adequately warn of the risks.  (Does anyone really disagree with this premise?  I don’t know how they argue that one.)

Bard sought a new trial after the verdict, arguing the case never should have gone to the jury.  Comically, defense counsel actually conceded that many of these issues appropriately went to the jury. But they did a takesey-backsie (is that how you spell it?) on it arguing that there was not enough design defect evidence to go to the jury.

The court found that even if Bard had not already conceded on the issue, the case – specifically the design defect case – should have gone to a jury.  Under Georgia law – which is the law this West Virginia judge applied to the case – all a plaintiff must show is that “the device did not operate as intended and this was the proximate cause of [the plaintiff’s] injuries.”

The court also sided with the Plaintiff on the failure to warn claim. Bard made an interesting contention on this one.  It claimed that its duty was limited to warning about possible complications, not their rate or severity.  What a depressing argument.  So, under King C.R. Bard’s rule, you could theoretically just note a complication on the insert and not mention the likelihood of injury, even it the risk is a 100% certainty.   What a depressing world view.

Finally, on the issue of punitive damages, the court found that a reasonable jury could have found clear and convincing evidence that the company’s conduct showed “an entire want of care raising the presumption of conscious indifference to the consequences.”   Why? Because Bard executives were told point-blank not to use polypropylene resin for permanent implantation in the human body.  They did it anyway.

Plaintiff’s lawyers did a great job in this case, making sure that every possible objection Bard could have to keep out the Plaintiff’s evidence was met.  I’m surprised the company let this case go to trial.   At some point, you have to admit you did something wrong and try to get the best settlements that you can.  If this device maker does not, it could get a lot worse for them.  Women have wanted these cases resolved – and justice – for a long time.  It is the right thing for Bard – even if only for their own interest – to do and make an offer for a fair resolution to these lawsuits.

If you have experienced transvaginal mesh side effects or complications with Avaulta or any other vaginal mesh product, you may be entitled to money damages for your injuries.  Contact an experienced attorney at 800-553-8082, or go online for a free case review form.  We are here to help you.