Zostavax is a single shot vaccine that helps prevent herpes zoster, also known as the shingles. It is a weakened live form of the virus, meant to train the immune system to fight it off. Zostavax is primarily meant for individuals 50 years and older. Developed by the pharmaceutical company Merck & Company, the FDA approved it in 2006. It is a stronger version of Varivax, another shingles’ vaccine also developed by Merck. 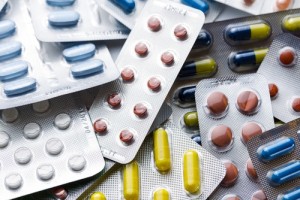 Herpes zoster, more commonly known as the shingles, is a viral infection that causes a painful rash. The rash usually appears as a single stripe of blisters that covers one side of the torso. It is caused by the varicella-zoster virus, the same virus that causes chickenpox in younger people. After one recovers from chickenpox, the virus becomes inactive and remains in nerve tissue near the spinal cord and brain. It can reactivate many years later as the shingles. Shingles are most prevalent among people who are at least in their fifties and older.

Symptoms affect primarily a small part of one side of the body. Signs include pain, burning, and numbness. It can also make one sensitive to touch. A red rash can also result a few days after experiencing pain. There are also fluid-filled blisters that eventually crack, dry, and crust.

According to the CDC, Zostavax reduces the risk of getting shingles by 51%. Protection should last around 5 years. It is most effective in people between the ages of 60 and 69. It can also provide some protection for people 70 years or older.

Zostavax’s side effects include redness, soreness, itchiness, and swelling around where the injection took place. About 1 in 70 people can also develop headaches as well. Some people who take Zostavax can also develop a rash similar to chickenpox near the vaccinated area of their body. If you experience this rash, please cover it until it disappears. Those taking it may also experience side effects that parallel the shingles’ ones.

According to the CDC, people 60 years or older should get vaccinated for the shingles. Your risk increases the older you get. Whether or not you have had chickenpox, you should still get vaccinated for the shingles. While approved for people 50 years and over, the CDC “does not have a recommendation for routine use of Zostavax in people 50 through 59 years old.” This is because Zostavax can only protect someone for about five years. Adults vaccinated before 60 may not have protection later in life when there increased risk of developing shingles. Its complications also get worse the older one is.

Not everyone should take Zostavax as it can cause allergic reactions or harm people with weakened immune systems. Zostavax contains gelatin and the antibiotic neomycin, both of which can cause serious allergic reactions. Pregnant women should not also be taking it as well. The CDC recommends that women should not get pregnant until at least 4 weeks after getting Zostavax.

On October 2nd, a lawsuit was filed in the U.S. District Court for the District of New Mexico against Merck and its subsidiaries. It alleges that the plaintiff received Bell’s palsy, a form of facial paralysis, as a result of taking Zostavax. He was initially injected with it around October 2015 at a local Wal-Mart. The plaintiff went to the hospital upon experiencing severe paralysis on the right side of his face. He was diagnosed with Bell’s palsy and would experience hearing loss shortly after. The lawsuit also alleges that Merck “failed to properly address” that Zostavax has similar complications as the shingles that include “cranial and motor neuron palsies” and “hearing loss.” This is a serious problem because patients may experience symptoms of a disease they are being vaccinated for.

In July 2017, a lawsuit was filed in the Superior Court of New Jersey against Merck. It alleges that a plaintiff developed severe shingles as a result of taking Zostavax. The lawsuit includes eighteen people, each of whom It also alleged that the plaintiff “suffered painful injuries and damages, and required extensive medical care and treatment.” The lawsuit also notes that Merck failed to find a balance between developing a virus too weak for the immune system or too strong to prevent patient exposure to the disease they are being vaccinated for. This highlights the need to make sure that vaccines are properly manufactured to prevent things like this from happening.

In May 2018, a lawsuit was filed in the U.S. District Court of the Eastern District of Wisconsin. Like the New Jersey lawsuit, this one also alleges that the plaintiff received shingles from being injected Zostavax. The lawsuit also mentioned that Merck failed to provide information that Zostavax “can cause significant issues in the nervous system” just like the shingles.

Approved by the FDA in 2017, Shingrix is considered a safer alternative to Zostavax. Unlike Zostavax, Shingrix contains killed viruses as opposed to living ones. Shingrix also contains only a part of the varicella-zoster virus. This makes it safer to use for those with weakened immune systems. It is also more effective in people over 70 than Zostavax. However, it requires two doses every two to six months. This contrasts with Zostavax, which is a single shot that is good for five years. Side effects are more common in Shingrix but are milder than Zostavax. They include a sore arm with some moderate pain. You can also experience allergic reactions from Shingrix as well. If you are experiencing serious side effects from Zostavax, ask your doctor about Shingrix as a possible alternative.