The Roundup weed killer cancer lawsuits have gathered a lot of recent attention.  A $289 million verdict will do that.

These cases are now pushing along with great steam. U.S. District Judge Vince Chhabria in the Northern District of California is pushing to have MDL cases go before a federal jury by February 2019. Judge Chhabria has been presiding over all federal Roundup lawsuits. Many of these lawsuits allege that Monsanto failed to warn consumers that their Roundup weed killer brand might cause non-Hodgkin lymphoma and other cancers. 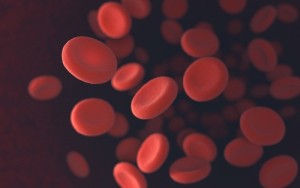 Monsanto developed roundup, who introduced it to the market in 1974. This occurred after DDT was banned because of its harmful effects on the environment. Its primary ingredient is glyphosate.

There are many health effects that are associated with Roundup. Humans, coming into contact with glyphosate, can absorb the compound into their bodies where it has been measured in blood and urine. Glyphosate and glyphosate-based herbicides have been recognized in the peer-reviewed literature as likely causative agents in the development of many different types of cancers in animals and humans. Non-Hodgkin’s lymphoma, hairy cell leukemia, and multiple myeloma are the most common. The exposure of human beings to these herbicides from aerial spraying puts them at grave risk of the development of cancers in the future.

Pesticides can put people at risk because they can spread throughout its surrounding area. Studies of pesticide drift indicate the distance that pesticides travel depends upon (1) the method of application, (2) wind speed, (3) pesticide droplet size. So how far out does the risk of Roundup extend? Dropping Roundup by air will lead to a wider radius than spreading pesticide on the ground.  Estimates of pesticide drift vary from 74 meters (243 ft.) in an area with low wind, up through 2,400 meters (1.5 mi) under windy conditions. Studies of glyphosate pesticide drift indicate that droplets may travel 800-1,000 meters (2624.67 to 3280.84 ft.).

So who exactly was Monsanto? They were the largest biotechnology seed company in the world. Founded in 1901, they initially started a small chemical company. Monsanto had net sales of over $11 billion. There were over 400 Monsanto facilities in over 60 across six continents. Its products are grown on 262 million acres of land throughout the world. German pharmaceutical company Bayer purchased Monsanto in June 2018. The Monsanto name was retired. All of their products are now under the Bayer name.

In August 2018, Dewayne Johnson won his case against Monsanto. He was awarded $289 million in damages.  This verdict was like an epic earthquake in this litigation.  Now every lawyer with a pulse is chasing after these cases.

Johnson, a father of three, was a former groundskeeper at the Benicia school district, which is just outside of San Francisco. He started this job in 2012. It consisted of spraying Roundup to control weeds. Sometimes, he would do this for several hours a day.

It was this that resulted in him getting non-Hodgkin lymphoma. While he took the stand, he discussed the pain and suffering he experienced while showing the skin lesions that appeared all over his body. According to his doctors, Johnson may only have months to live. His wife testified that she had to work two jobs to help pay for his medical bills.

So he has a very sympathetic story.  But the jury did not award $289 million just for what this man went through.  This jury was mad.  This may be a harbinger of things to come in future cases unless Bayer acts quickly to get these cases settled.

Getting a Lawyer to Help You

If you or a loved one has suffered serious side effects from these pesticides such as cancer, you should contact our law firm to discuss whether you have a potential claim.  Get a free online consultation.