Earlier this week, the Paraquat MDL judge (Hon. Nancy Rosenstengel) partially granted motions to dismiss filed by the defendants. Despite getting some of the plaintiffs’ minor claims dismissed, the decision was a defeat for the defense. Judge Rosenstengel flatly rejected the defendants’ primary argument that many of the plaintiffs’ claims should be time-barred under the applicable state statutes of repose.

Background of the Paraquat Litigation

Paraquat is an industrial-strength herbicide that is banned is used in commercial agriculture in the U.S. for various purposes. Plaintiffs in the Paraquat litigation allege that they developed Parkinson’s disease from exposure to Paraquat manufactured and/or distributed by the defendants. Hundreds of Paraquat lawsuits have been filed and consolidated into the MDL. 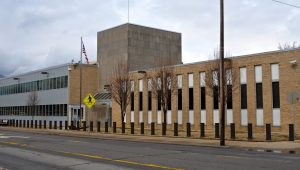 Plaintiffs allege that Paraquat enters the human body through absorption, inhalation, or ingestion. Paraquat then enters the bloodstream and, ultimately, the brain. There, Paraquat molecules cause damage and destruction to dopamine-producing neurons, leading to impaired signaling between neurons and causing the brain to lose control over motor function.

In October, the defendants (Syngenta and Chevron) both filed motions to dismiss asserting identical legal arguments and seeking the same relief. The motions asserted that most of the plaintiffs’ claims should be dismissed because they are time-barred by applicable state statutes of repose. This argument applied to all plaintiffs in the MDL from the following 6 states that have a statute of repose: Illinois, Georgia, Connecticut, Iowa, Indiana, and North Carolina.

The motion to dismiss also targeted some of the lesser claims that the plaintiffs were asserting. Specifically, the motion sought dismissal of the plaintiffs’ claims for public nuisance. The defendants also asked to court to dismiss most of the warranty and consumer protection claims set forth by the plaintiffs. 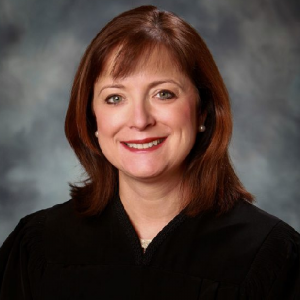 In response, the plaintiffs countered that in at least 3 of the states at issue (Iowa, Indiana, and North Carolina) the applicable statutes of repose do not apply to allegations involving exposure to an inherently dangerous substance that causes a latent disease.

The MDL judge agreed with this argument. Addressing the law of each state separately, judge Rosenstengel found that the plaintiffs were alleging that their Paraquat exposure cause them to develop a “latent disease” and, therefore, the statutes of repose did not apply to plaintiffs from these states.

With respect to the 3 other states at issue (Illinois, Georgia, and Connecticut), the plaintiffs countered that the statutes of repose were tolled because the defendants fraudulently concealed the known dangers of Paraquat use. Specifically, the plaintiffs assert that the defendants knew or should have known that Paraquat could cause neurologic damage. They further contend that the individual plaintiffs were ignorant of this danger because of the defendants’ effort to conceal the harmful nature of their product.

Addressing the applicable law of each state separately, judge Rosenstengel held that the plaintiffs had adequately alleged the elements of fraudulent concealment in each state.

Judge Rosenstengel denied the defendants’ motion to dismiss based on the statutes of response in all states. This ruling alone effectively handed the defense a decisive loss because the statute of response dismissal was the core objective of the motions.

Judge Rosenstengel agreed with the defendants on this point. She found that the plaintiffs’ public nuisance claims were essentially repackaged product liability claims rather than “an action truly to address a public nuisance.”