This week the MDL Judge in the Paragard IUD lawsuits will consider a motion to dismiss filed by the manufacturers of the defective birth control device. The Paragard MDL now has 550 individual cases by plaintiffs who claim that their Paragard IUD had a defect causing it to fracture during removal and leave broken pieces inside their uterus. Last month, the defendants in the Paragard lawsuits filed a motion to dismiss on the grounds that the plaintiffs’ failure to warn claims were preempted under federal law.

The MDL is currently balking at ruling on this motion and based on comments made at the motion hearing and subsequent proceedings in the MDL it seems highly unlikely that she intends to grant the motion. Instead, the MDL judge seems much more interested in getting the first bellwether trials scheduled.

The Paragard is an intrauterine device (IUD) for long-term birth control. The Paragard plastic Y-shaped device with a copper coil in the center. It is small enough to fit on the surface of a quarter. The Paragard IUD is placed by a doctor at the cervical opening near the base of the uterus. The “arms” of the Y hold it in place where the copper in the coil effectively blocks fertilization of the egg for up to 10 years. The Paragard was designed to be removed at any point with a simple visit to the doctor’s office.

Unfortunately, the Paragard has a significant design defect that has caused problems during the removal process for many women. The plastic arms at the Y-shaped base of the Paragard are supposed to flex up to allow the device to be pulled out for removal. In a percentage of cases, however, these plastic arms lose their flexibility and become brittle.  Instead of flexing upward the brittle plastic arms fracture during removal, leaving sharp plastic shards inside the woman’s uterus.

As the number of Paragard fractures during removal continued to grow over the years, women who were injured by this defect began to file product liability lawsuits against the manufacturers of Paragard: Teva Pharmaceuticals and CooperSurgical. The volume of Paragard lawsuits spiked in the second half of 2020 prompting the creation of a new Paragard MDL. 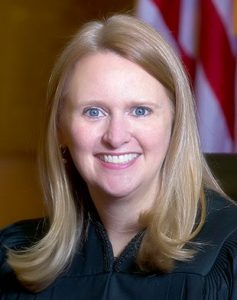 The Paragard MDL was assigned to Judge Leigh Martin May in the Northern District of Georgia for consolidated proceedings. Judge May has been tasked with overseeing a process of consolidated pretrial discovery and selecting cases for bellwether trials.

Over the summer, the defendants in the Paragard litigation (Teva and Cooper) filed a motion to dismiss all of the Paragard lawsuits. The motion sought to dismiss on two separate grounds. First, the defendants argued that the Paragard complaints were “shotgun” pleadings that lack enough factual details to state a valid tort claim.  Second, the motion seeks dismissal of all design defect and failure to warn claims on the grounds that they are preempted by federal law. The plaintiffs counsel committee filed a well-reason opposition to the motion to dismiss.

After the status conference last month on September 21, Judge May heard oral arguments from both sides regarding the defendant’s motion to dismiss. Based on the minutes from that hearing it seemed clear that Judge May was unmoved by the defense arguments. At the conclusion of the hearing, Judge May stated that she would take the motion “under advisement” and issue an order in the future.

It has now been a month since the motion hearing and Judge May has not issued a ruling. Instead, she has continued moving things right along in the Paragard MDL. Earlier this week Judge May held the October status conference in which she discussed a number of housekeeping issues including the content of the plaintiffs’ fact sheets and the number of pending cases.

Judge May clearly indicated that she is gearing up to start the selecting and scheduling cases for bellwether trials. She made no mention of the defendants’ pending motion to dismiss. Judge May’s silence on this point strongly suggests that she has no intention of granting the dismissals sought by the defendants in their motion.