Over 1500 women have filed a lawsuit against Teva Pharmaceuticals and other defendants regarding the Paragard IUD.

The plaintiffs in these Paragard lawsuits are alleging that the device fractures during its removal and that the broken pieces inside the body cause serious harm. In many cases, the fracture of the Paragard IUD has required women to get additional surgeries and permanently impaired their fertility.

What is the Paragard IUD?

Paragard is a hormone-free intrauterine device (IUD). It was initially manufactured by CooperCompanies. In 2017, Teva Pharmaceuticals acquired the rights to manufacture and sell the Paragard IUD. The Paragard device is similar to most IUDs. It has a thin copper coil wrapped around soft, flexible plastic.

The Paragard is roughly the same size as a sugar packet. It is designed to be inserted into the base of the uterus by a health care provider during a routhealthcareParagard is marketed as a long-acting birth control that is over 99% effective. It is intended to last up to a decade. The FDA initially approved Paragard in 1984.

One of the primary features of the Paragard IUD is that it was supposed to be easy to remove at any time. The Paragard IUD could be removed by a doctor in a 5-minute outpatient appointment.

Does the Paragard IUD Fracture During Removal?

There is a fear that the Paragard IUD has a design defect that makes the device prone to dangerously fracturing when doctors attempt to remove it. The Paragard has T-shaped arms at the base that are designed to hold the device in place. These arms are made of flexible plastic and are supposed to flex upward and allow the device to be pulled out for removal.

Unfortunately, the flexible plastic in the arms of the Paragard becomes hard and brittle over time. When this happens, the arms lose their flexibility and instead of bending upwards the arms often snap off when the doctor pulls the device out. When the arms of the Paragard snap off during removal, they usually end up embedded in the uterus wall and they can cause all sorts of serious health problems. Problems and complications associated with fractured Paragard arms inside the body include chronic abdominal pain, pelvic inflammation, infection, and infertility.

A study published in a 2015 issue of the Open Journal of Clinical & Medical Case Reports concluded that physicians prescribing Paragard IUDs should recognize the risk of fracture during removal. The study looked at seven different reported cases in which the IUD broke during its removal. So the fear that the IUD will break during removal is very real.

Thankfully, in 6 of the 7 cases, the broken pieces were eventually removed through a hysteroscopic procedure. In the other case, the broken pieces spontaneously came out on their own. Five of these cases required either forceps or a vacuum extractor to assist in the removal. 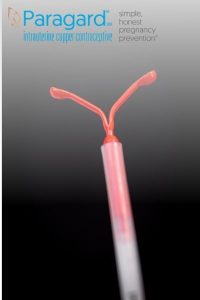 Paragard is billed as safe and effective. Is it safe for women?

In their discussion, the researchers conceded that the IUD is a “safe and supremely effective contraceptive method.” However, they argued that the breakage risk should be recognized and probably discussed with women before they chose an IUD. The study concludes that the longer the IUDs remain in place, the higher the fracture risk. They also suggest that IUD fracture cases are underreported. The authors cautioned that health care providers should take healthcare when removing an IUD. What this means is that these IUDs are not as safe as marketed.

In late May 2020, an Illinois woman filed a Paragard copper IUD lawsuit in federal court. She underwent the removal of her Paragard after receiving it 10 years prior. During the procedure, her physician used forceps to pull the device out. The woman claimed that, despite her physician’s following of the removal instructions, the Paragard broke during the removal process.

A month later, she underwent a hysteroscopy to remove the missing piece of the Paragard. This attempt failed. The following month, she underwent a pelvic ultrasound. It found the missing piece in her right uterine region. The woman underwent the successful removal of the piece via hysteroscope a month later. She filed suit against Teva Pharmaceuticals alleging that the company failed to warn of the known risks of fracture during removal of the Paragard. She claims that neither she or her doctors would have chosen the Paragard IUD had they known of these risks.

In September 2020, 4 Missouri women filed Paragard lawsuits against Teva Pharmaceuticals in federal court. Each lawsuit alleged that Teva should have known that they sold a defective product that broke during its removal. They also alleged that Paragard’s product warnings failed to adequately alert both physicians and patients of its risks. All of the lawsuits allege that pieces of the Paragard IUD broke off during removal, the plaintiff claimed that a piece broke off inside her uterus during its removal, causing pain and forcing all the plaintiffs to undergo procedures that would have been unnecessary in the defect’s absence.

What Is the Status of the Paragard Class Action?

Plaintiff’s lawyers are trying to form an MDL class action to consolidate discovery across the country to save money (and, not for nothing, to facilitate a class action settlement).  Teva’s lawyers are fighting this effort saying there are not enough cases yet and claiming that the entire litigation is nonsense manufactured by plaintiffs’ lawyers.  These attorneys are saying the idea of the Paragard recall is just personal injury lawyers trying to make a buck.  But the prediction here is the court creates an MDL class action for the Paragard IUD litigation… and that juries that hear the evidence see it quite differently.  2023 Update: This first part already happened.

Our medical device lawyers are currently seeking new Paragard IUD cases. We are looking for women who had a Paragard IUD device that fracture or broke during removal. If you meet these criteria you may be entitled to financial compensation. Give us a call at 800-553-8082 or contact us online about your Paragard IUD lawsuit.