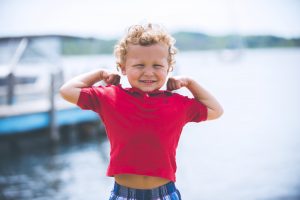 The Northeastern US Province of the Society of Jesus provided a list of about 50 Jesuit priests who have been accused of sexual assault on children. Many of these priests were assigned in parishes and schools throughout New York and New England. However, some of them have also been assigned to parishes and schools in other states and countries. The lists include priests who have had allegations stretching from the 1950s onward. This revelation from the Jesuits further necessitates the extension of the statute of limitation laws. Reported abuse committed by Jesuit priests has gone back almost 70 years, meaning that the Society of Jesus was ineffective in addressing these abuses.

I love Jesuits.  It is all awful, but for someone who admires Jesuits the way I do, it is an extra dose of depressing.

Opposition to the Child Victims Act

The Catholic Conference, which comprises New York State’s Catholic bishops, opposed the Child Victims Act and spent over a million dollars lobbying legislators in an attempt to prevent it from passing. As a Catholic, this is embarrassing.

They were especially opposed to the provision that allowed a one-year window in which victims whose claims date back beyond the statute of limitations would be considered. They argued that this provision would force institutions like them to defend misconduct they did not know about. The Catholic Conference also expressed concern that only private institutions such as themselves would be affected by the one-year period and not public ones.

In an op-ed, Cardinal Timothy Dolan of the Archdiocese of New York called for a Child Victims Act that emphasizes “healing” and not the breaking of religious institutions. Cardinal Dolan pointed to a compensation program run by his Archdiocese as a model that the state could use. This program provides monetary compensation to victims of clergy sexual abuse. It has already paid over 1,000 victims.  While he does not directly mention his opposition to the extension of SOL laws in the op-ed, Cardinal Dolan has previously stated that the one-year period would be “toxic” for them.

I’m not going to crush Cardinal Dolan.  But he is just wrong, and the Church looks awful taking this position. The Church also needs to realize that it cannot deal with clergy sexual abuse internally.  I think they mean well, but the result is shielding members of the clergy who have committed such abuses from facing potential legal action. Abusers, no matter their affiliation, must face legal consequences for their actions.