One thing I think we can all universally agree on it that there are just too many pedestrian accidents and deaths. Clearly, Chicago is not an exception. A report of pedestrian and vehicle crashes released by Chicago Department of Transportation (CDOT) in 2011, focused on this problem and the types of crashes involving pedestrians. The authors of the study reviewed pedestrian accident data from police reports in the Chicago metropolitan area to determine how each incident occurred. 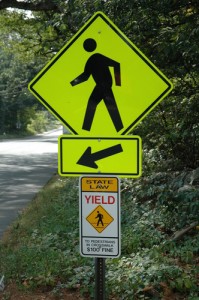 Too Many Windy City Pedestrian Accidents

After reviewing all the pedestrian accident data for the city, the overwhelming number of injuries involving pedestrians were related to inattentive drivers who either failed to keep a proper lookout or who misjudged people who were in the process of crossing the street.

A significant component of pedestrian injury cases in Chicago were comprised of hit-and-run incidents where a driver fled the scene of the accident after striking a pedestrian. Compared to national traffic safety statistics between 2005 and 2009, people walking across the streets in Chicago were more than twice as likely to be hit by a car who fled the scene of the accident compared to their peers in other cities.

Here are the Chicago statistics:

The traffic safety study also discussed 17 different driving actions that investigating police officers attributed to the crash. Topping the list was drivers’ failure to yield to a person in the street and turning within an intersection while a pedestrian was present.

These traffic crash studies clearly identify intersections as a number one hazard for pedestrians walking in congested areas like Chicago’s Loop. For drivers navigating city streets, this study suggests that distractions such as cell phones and computers have no place driving through congested city areas.

To those on foot on city streets, the traffic data should serve as a reminder of the obvious: city drivers may not always yield as they would assume. Being sure to follow traffic signals and pause to make sure drivers see them are two important considerations to take into account while navigating the metropolitan area. Hopefully, as pedestrian injury statistics become more widely distributed, it will cause both drivers and people walking through the city to take extra precautions to prevent some of these incidents from occurring.