I like many GEICO adjusters and lawyers.  I like Warren Buffett.  But I don’t like GEICO. This new opinion by a California appellate court in Mazik v. GEICO after a jury slapped GEICO reminds me why. 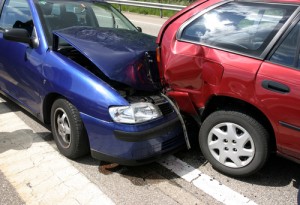 What did GEICO say the case was worth?  They first said it was $1,000.  Eventually, they increased their offer to $18,887, which is still a ridiculous settlement offer for a foot fracture case.

The case went to arbitration.  Of course, the arbitrator awarded the plaintiff damages in excess of policy limits, nearly a $400,000 award.  But GEICO just paid the $50,000.

In Maryland and many states, that would be the end of it.  But this is California.  The plaintiff filed a lawsuit against GEICO for its refusal to pay the victim what he was owed.  What did the jury say?  The jury said GEICO should have paid the plaintiff.  They also said they were mad.  They awarded $300,000 in pain and suffering, $13,508 in attorneys’ fees, $12,500 for the delay, and $4 million in punitive damages for a whopping $4,326.008.

The jury found GEICO liable for breach of the implied covenant of good faith and fair dealing with its own insured, the same person who has been quietly paying premiums for years without a peep. The trial judge later knocked back the punitive damage award to $1 million for a total of $1,313,508.   Still, a lot of money when all GEICO had to do was just pay the $50,000 to their own insurance that the company clearly owed to him.

What the judge said about the case should be on the wall of every insurance company in America:

Insurance companies and GEICO, in particular, do this every day. Why do they do this?  Because, in most states, they can.  California, which has some awful caps on medical malpractice cases and some other Draconian laws to suppress victims, has some really good laws that allow car accident lawyers to hold an insurance company’s feet to the fire to meet their most fundamental obligation to their own insured: playing fair.

Notably, GEICO does not claim that is was not awful in this case.  Instead, it makes the technical argument that no evidence was produced that any act of “bad faith” accident claim handling was committed or ratified by an officer, director, or managing agent of GEICO.  They also argued that California law is that bad faith claim handling, without more, does not support an award of punitive damages. No one disputes this.  But clearly, this was much more than that. Finally, GEICO contended that the punitive damage award of $1 million was excessive, arguing that a 3:1 punitives to award damage was not appropriate.

You can read the opinion on the link in the first paragraph if you like.  The summary of the opinion I think is “GEICO you are awful and you deserve to pay every penny.”  Okay, that might just be my own interpretation!  But the verdict was affirmed and GEICO was made to pay over a million dollars when they could have done the right thing and just paid the $50,000 they owned this poor man.

Fight Back Against GEICO

Whether you are an accident lawyer or a victim, our website provides information on how to fight back against GEICO and get the compensation you or your client deserves.