Yesterday afternoon, the first bellwether test trial in the hernia mesh litigation against C.R. Bard ended in a surprising loss for the plaintiff. The jury ruled in favor of the defense on all of the plaintiff’s product liability claims and awarded zero damages. In this post, we will look at how this happened and explain why it won’t have much impact on the big picture outcome of the hernia mesh litigation.

After his initial hernia surgery, Mr. Johns experienced severe pain and swelling and it was obvious that something went wrong. His doctors eventually discovered that the Ventralight mesh had grown into or become attached to his bowel tissue.  This was very unexpected because the Ventralight had a special coating that was specifically designed to prevent this type of tissue attachment. Mr. Johns ultimately had to undergo 2 additional surgeries to remove the hernia mesh and correct the problems it caused. 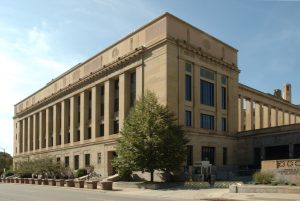 Mr. Johns eventually filed a lawsuit against Bard in 2019 alleging that his post-surgical complications were caused by the defective and negligent design of the Ventralight patch. Mr. John’s case was consolidated into the Bard Hernia Mesh MDL where he became 1 of over 13,000 other plaintiffs making similar claims against Bard. Last month, Mr. Johns became the first plaintiff in the Bard Hernia Mesh MDL to have their case decided by a jury as part of the “bellwether” trials.

The trial in the Johns’ case took place in the U.S. District Court for the Southern District of Ohio in Dayton, OH, with MDL judge Hon. Edmund A. Sargus Jr. presiding. Jury selection was accomplished on August 2, 2021, with opening arguments the following day. From that point, lawyers for both sides spent the next 22 days presenting the jury with testimony from a host of expert witnesses debating the issue of whether the Ventralight mesh was defectively designed and whether it caused Mr. Johns’ injuries.

The pace of the testimony from the experts was frustratingly slow and highly contentious. Most experts spent an entire day on the stand trudging through direct, cross-exam, redirect, and then recross-exam. Lawyers for Mr. Johns were attempting to prove 2 design defect theories:

In addition to picking away and challenging the opinions of Mr. Johns’ expert witnesses, the defense team for Bard presented their own expert testimony. Bard’s primary defense strategy, in this case, was to admit that the Ventralight was not perfect, but that there was no feasible, alternative design that would have made it safer.  To this end, defense counsel for Bard repeatedly pointed out that Mr. Johns and his experts were never able to explain how Bard could have changed the design of the Ventralight in order to make it better and safer.

A Quick Defense Verdict for Bard

After 21 days of testimony, both sides made their closing arguments to a presumably exhausted jury on the morning of September 8, 2021. After breaking for lunch, the jury was given instructions and at 2:30 they were sent back for deliberations. Only 30 minutes later, the jury sent a note with a question to Judge Sargus. Less than an hour afterward they came back with their verdict in favor of the defense on all claims.

The jury answered “No” on the verdict form when asked whether they “found in favor of Mr. Johns” on each of his 7 separate claims including negligence failure to warn and negligent design defect. It was a total and complete victory for the defense. Mr. Johns received $0 damages.

Why Did Bard Win?

In part, Bard’s victory in the Johns trial is a reflection of the inherent randomness and unpredictability of jury trials in product liability cases. These things just happen sometimes when you ask 6 people to decide a complex issue based on conflicting testimony that they may not fully understand. Often times it may come down to juror biases or personal opinions about the attorneys or witnesses that have no relation to proof or the applicable law.

That being said, we can still use the benefit of hindsight to pick out apparent weak points in Mr. Johns’ case that may have led to the defense verdict. There appeared to be 2 main shortcomings with the overall case that Mr. Johns’ and his lawyers presented to the jury: (1) no evidence of an alternative safer design option; and (2) weak evidence on causation.

In order to prove his design defect theory, Mr. Johns needed to show that Bard’s Ventralight could have been designed in a different way that would have made it safer. Unfortunately, it appears that the testimony from Mr. Johns’ experts on this point wasn’t very strong and at times even conflicting. Two of Mr. Johns’ experts (including his treating surgeon) contradicted his claim that polypropylene was an inherently defective and unsafe material for a hernia mesh.

As for Mr. Johns’ claims that the coating on the Ventralight was defective, it appears that none of his experts ever suggested a reasonable alternative design for the coating that would have made it safer. Rather, Mr. Johns’ experts all criticized the performance of the coating but contradicted each other on the existence of a more appropriate alternative.

The other apparent problem in Mr. Johns’ case was that his evidence on causation may have been a little light. Mr. Johns’ did not present testimony to show that degradation of the polypropylene mesh was actually the cause of his post-surgical complications. Rather, Mr. Johns’ causation evidence was apparently limited to the testimony of a single expert who linked Mr. Johns’ complications to the defective nature of the coating on the Ventralight. But that same witness was never able to offer an alternative design for the coating that would have prevented this result.

Why the Defense Verdict Won’t Impact the Hernia Mesh Litigation

Bard’s recent victory in the Johns’ bellwether trial might seem like a major setback for the remaining 13,000 cases in the Bard Hernia Mesh litigation. In reality, however, the defense verdict in this case probably won’t do anything to change the final outcome in these cases. A global settlement is still almost a foregone conclusion.

The reason we can be so confident in predicting that the loss in the opening bellwether trial won’t change the eventual settlement of these cases is that the exact same thing has happened before. 10 years ago Bard was the primary defendant in the Kugel Mesh litigation which was a predecessor to the present hernia mesh litigation.

In the Kugel Mesh litigation, Bard was defending thousands of cases alleging that a defect in their mesh implant caused part of it to break off inside patients and damage their bowel. The Kugel Mesh claims were consolidated into an MDL that eventually had over 2,000 cases.

Just like we saw this week, Bard’s defense team scored a surprise victory in the opening Kugel Mesh bellwether trial (Whitfield v. Davol Inc.) which resulted in a defense verdict. But then Bard lost the second bellwether trial as the jury awarded the plaintiff $1,500,000 in damages. This prompted Bard to quickly negotiate a global settlement in which they paid $184 million to resolve the remaining 2,000+ cases.

We fully expect the same pattern to unfold now in the present hernia mesh litigation. Bard’s victory in the Johns’ case is not going to make the remaining 13,000 plaintiffs give up and go away and trying all of these cases is simply not possible. The next bellwether trial could potentially happen before the end of the year (or in early 2023). If round 2 results in a healthy verdict for the plaintiff, we have every reason to anticipate that Bard will “sue for peace” and negotiate a settlement of the remaining cases rather than continue to try their luck on more bellwether trials.