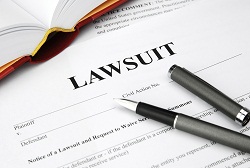 CPSC Suit Against the Manufacturer of Buckyballs

The CPSC is claiming that there is a defect in the design, packaging, warnings, and instructions, posing a substantial risk of injury to the public. The complaint was filed after discussions with the company and its representatives failed to result in a voluntary recall plan that CPSC staff considered to be adequate. What is important here to note, is that this type of legal action against a company is rare, as this is only the second administrative complaint filed by CPSC in the past 11 years.

Buckyballs are high-powered desktop magnetic toys for adults. The Buckyballs and Buckycube sets contain up to 216 powerful rare earth magnets. Unfortunately, it’s not only adults that are getting their hands on these toys. And, if swallowed, it can have disastrous effects.

In May 2010, CPSC and Maxfield & Oberton announced a recall of the Buckyball magnetic sets, because they were labeled “Ages 13+” and they did not meet the federal mandatory toy standard (The standard requirement for such powerful loose magnets is that they aren’t sold to kinds under 14). Approximately 175,000 sets were affected by the recall. At the time of the recall, there were two reports of children swallowing one or more magnets, without injury. But, the reports continued, and included children who had suffered injuries when the magnets attracted to each other through the victim’s gastrointestinal tract. The reports included numerous surgeries. When two or more magnets are swallowed, they can attract to one another through the stomach and intestinal walls, resulting in serious injuries, such as holes in the stomach and intestines, intestinal blockage, blood poisoning, and possibly death.

Reports of injuries continued, even after Maxfield & Oberton attempted to inform and educate consumers that the Buckyballs were intended for adult use only. Since 2009, CPSC staff has learned of more than two dozen ingestion incidents, with at least one dozen involving Buckyballs. Surgery was required in many of the incidents.

The complaint filed by the CPSC alleges that despite the attempts to warn purchasers, warnings and education are ineffective and cannot prevent injuries and incidents with these rare earth magnets.