If you have a personal injury case in Wisconsin it is only natural to speculate on how much money you might get out of it. Looking at average settlement and verdict data can be very misleading because each individual case is unique. The best way to get an idea of what type of payout you can possibly expect in your case is to look at compensation awarded in prior cases with similar facts. 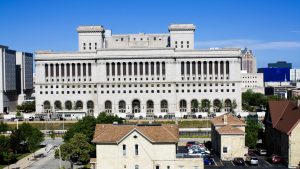 Below are summaries of verdicts and reported settlements in recent personal injury cases from Wisconsin. There is no guarantee that you will get a comparable payout from your case, but these verdicts and settlements will give you an idea of what to possibly expect.

What is the statute of limitations deadline for a personal injury lawsuit in Wisconsin?

The statute of limitations for personal injury tort claims in Wisconsin is 3 years. This means that you need to file a personal injury lawsuit within 3 years of your accident (or the date that you discovered your injury) or else your claim will be legally barred. Wis. Con. Stat. 893.54

What is the deadline for medical malpractice lawsuits in Wisconsin?

Medical malpractice lawsuits in Wisconsin must be filed within 3 years of the alleged malpractice; or within 1 year of when the plaintiff discovered (or should have discovered) their injury. The discovery limitation includes a repose period that precludes an action being commenced more than five years from the date of the act or omission.

What is Wisconsin's comparative fault rule?

Wisconsin follows a pure comparative fault rule in personal injury cases. This means the plaintiff’s damages are reduced by their percentage of fault. If the plaintiff is found to be 30% at-fault for the accident, their damages will be reduced by 30%.

Does Wisconsin have caps on damages in personal injury cases?

Wisconsin law caps the punitive damages at $200,000 or two times the amount of compensatory damages (whichever is greater). Wisconsin also caps non-economic damages (pain & suffering) at $750,000. This cap was recently upheld by the Wisconsin Supreme Court.

A Plaintiff’s recovery in Wisconsin cannot be reduced by payments or benefits from other sources. The collateral source rule prevents any payments made on the plaintiff’s behalf from inuring to the benefit of the defendant tortfeasor.

If the court finds the rule applies, the result is a permissive inference of negligence.  Res ipsa does not create a presumption of negligence in Wisconsin.

This is how the res ipsa loquitur jury instruction would be given to a Wisconsin jury.