The U.S. national debt is about to hit its maximum ceiling again. This means the federal government could be heading for another budget showdown between President Biden and the Republican-controlled Congress. Previous budget showdowns have resulted in government shutdowns and eventually reductions in the level of government spending.

Many Camp Lejeune victims who have filed claims seeking compensation under the new Camp Lejeune Justice Act (CLJA) may be wondering whether the budget crisis could potentially impact CLJA settlement payouts. Compensation payments under the CLJA are expected to cost the federal government as much as $26 billion over the next few years. The question is whether this large expenditure could end up getting cut as part of the pending budget negotiations.

The short answer is NO. The $26 billion earmarked for Camp Lejeune victims is not at risk of being reduced or eliminated as part of the budget negotiations. However, the budget crisis could result in an extended shutdown of the federal government and that would significantly slow down the already slow CLJA claim process.

About the Debt Ceiling

This has happened every year for decades. To cover the annual deficit, the U.S. government issues bonds, trillions of dollars in bonds. These bonds are debts owed by the government. The total debt owed by the federal government is called the national debt and as of right now its about $31.4 trillion. To give you an idea of just how much that is, that would work out to about $94,000 in debt for each person living in the U.S. (and that includes babies and retired people). 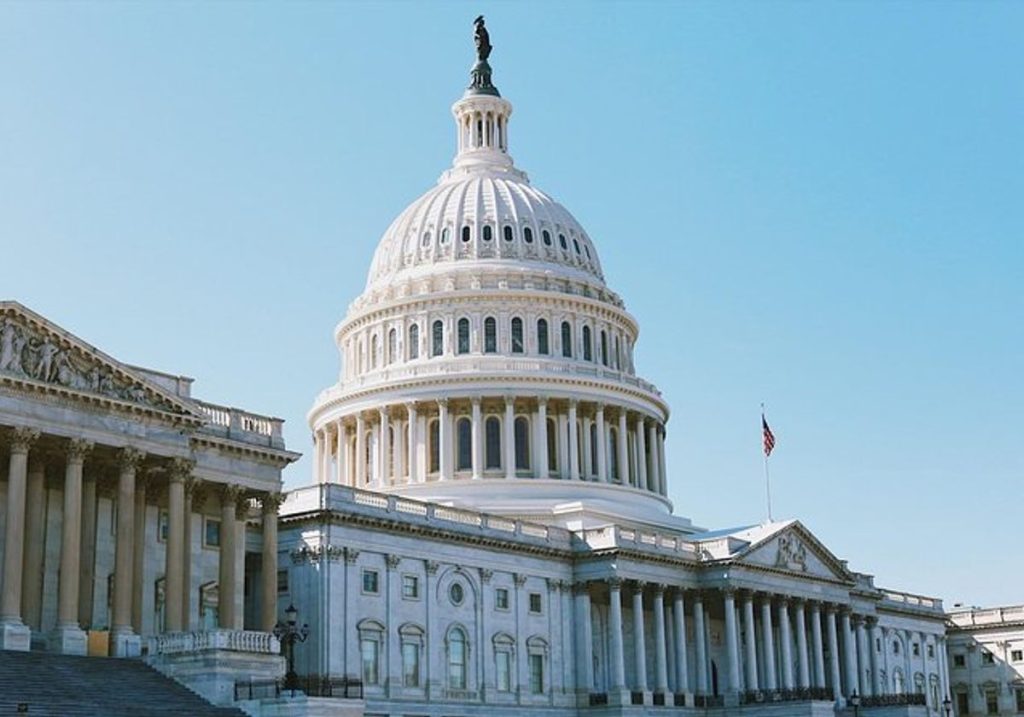 The debt ceiling is the maximum amount of debt that the U.S. government can legally accrue. When the national debt starts to approach this maximum ceiling, Congress must vote to increase the debt limit cap.

Congress has increased the debt ceiling about 100 times since World War II. If Congress does not agree to increase the debt ceiling cap, the U.S. government would go into default on its obligations. This would almost immediately trigger a massive economic recession. It’s a big deal. Fortunately, it has never happened before.

Budget showdowns happen on a regular basis these days. When the national debt is close to reaching the ceiling, it forces the President to go to Congress and ask them to increase the ceiling.

If Congress is controlled by the opposing party (which is currently the case as the Republicans controls the House of Representatives) then this almost always sparks a political showdown.

In exchange for agreeing to increase the debt ceiling, Congress usually demands that the President agree to reign in government spending by cutting funding for various programs. Social Security and Medicare are often the focal points of these debates. If the President refuses to give in and Congress refuses to cave then the federal government basically runs out of money and has to immediately shut down. Shutdowns have happened under President Trump, President Obama and most famously under President Bill Clinton.

The Current Showdown Between Congress and President Biden

The U.S. is very close to reaching the debt ceiling, so President Biden needs Congress to increase the cap. The problem is that the House of Representatives is now under the control of Republicans following the mid-term elections.

As expected, House Republican leaders asking demanding that President Biden make concessions aimed at reining in future government spending. In response, Biden has chosen to take a very hard line approach. The President is refusing to negotiate and accusing Congress of holding the American economy hostage.

As the standoff between President Biden and Congress continues, the Treasury Department is scrambling to keep things financial sound. Eventually, however, something will have to give in order to the situation to be resolved. That usually means some type of major reduction in government spending.

Although President Biden might be forced to make some spending cuts to get the debt ceiling crisis resolved, it is highly unlikely that the $26 billion earmarked for Camp Lejeune compensation payments will be part of that. Why? Because that money has basically already been spent, even though it hasn’t.

When the CLJA was passed last year, the estimated cost for compensation payments was essentially earmarked and set aside. This means that even though Camp Lejeune victims who have filed CLJA claims have yet to see a dime in compensation, the CLJA is therefore a “past” expenditure. The budget showdown will be focused on concessions involving future government expenditures, not past expenses.

The other reason the Camp Lejeune expenditure is safe is that it’s just too small to make a dent in anything. Spending cut negotiations in a budget crisis involve trillion-dollar programs like Medicaid or Social Security. The estimated $26 billion for Camp Lejeune compensation just isn’t a big enough expense to draw any attention.

A Government Shutdown Could Slow Down the CLJA Claims

The one way that the current budget crisis could potentially impact the Camp Lejeune claims is if the showdown between Biden and Congress results in another shutdown of the federal government. If we get another government shutdown (the last one happened in 2018) it means the DOJ, the federal courts, the Navy JAG and all of the other moving parts involving in the Camp Lejeune claims will close down.

The CLJA claims are already moving extremely slowly. JAG is overwhelmed with administrative claims and other agencies have been swamped with requests for personnel records and other documents related to CLJA claims. If these agencies suddenly shut down for a week (or several weeks) it will have a major ripple effect on the speed of the CLJA claims. This might not impact the amount of compensation ultimately paid on Camp Lejeune claims, but it could delay the timing of those payments.

Our Camp Lejeune lawyers are offering legal assistance to individuals who were harmed by exposure to Camp Lejeune contaminated water and meet the following criteria:

Contact our Camp Lejeune attorneys today for a free consultation at 800-553-8082 or get a free no-obligation online consultation. Our attorneys only get paid if you do.