If you lived or worked at Camp Lejeune at any point prior to 1988 and you were subsequently diagnosed with thyroid cancer, you may be able to bring a Camp Lejeune lawsuit and get financial compensation for your losses.

On this page, our Camp Lejeune lawyers provide the following information:

Camp Lejeune is a Marine Corps base and training compound near Wilmington, North Carolina. The Marine Corps established Camp Lejeune in the early 1940s in preparation for the U.S. entry into WWII and the base has been a major point of operations for the Marines ever since. 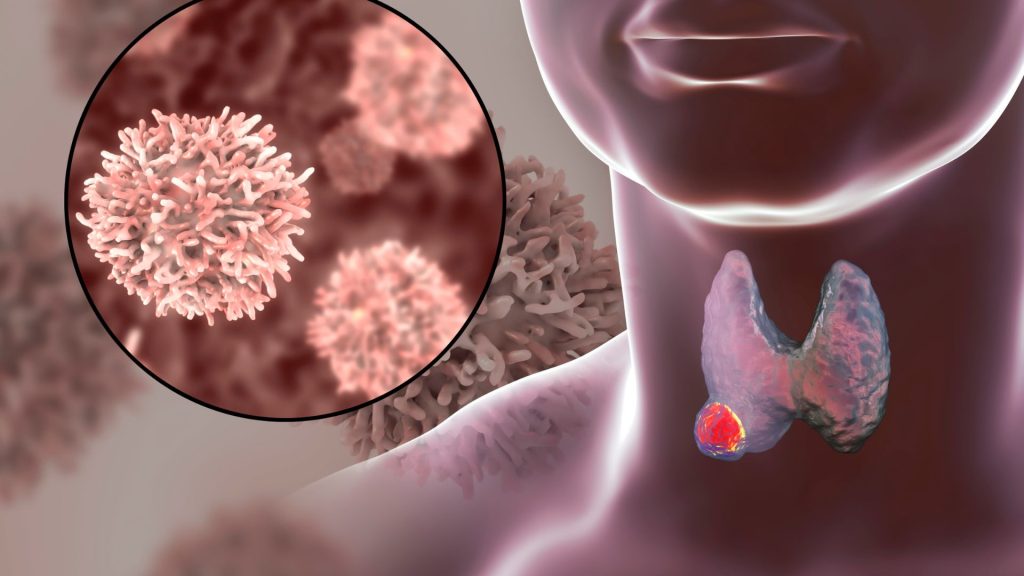 Like most big military bases, Camp Lejeune quickly evolved into small town. The base has family housing, bachelor housing, barracks, schools, a hospital, and the on-base population was soon over 50,000. To serve these residents, the Marine Corps built and operated its own water supply system at Camp Lejeune.

For more than 3 decades (from the 1950s to the 1980s) toxic chemicals escaped from fuel tanks, industrial facilities, and a dry cleaning business on and around Camp Lejeune and seeped into the groundwater below. By drinking, cooking with, bathing in, and otherwise coming into contact with that water, hundreds of thousands of men and women living or working on base were exposed to these chemicals, greatly increasing their risk for cancer.

In August 2022, Congress corrected this problem by passing a new law called the Camp Lejeune Justice Act (“CLJA”). The CLJA gives former residents and employees of Camp Lejeune (and their surviving family members) the right to bring civil lawsuits against the government for injuries related to the contaminated water.

The Chemicals in the Camp Lejeune Water

The levels of toxic chemicals in the Camp Lejeune water system were unbelievably high. According to the EPA, the maximum safe level for PCE, TCE, and benzene in drinking water is 5 parts per billion (ppb) and the max level for vinyl chloride is 2 ppb.

The levels of these chemicals in the Lejeune water were several thousand times above these maximum safe limits. In 1985, the TCE level in the water supply in the Berkeley Manor Elementary School area of Camp Lejeune was as high as 1148 ppb and the dichloroethylene level was 406 ppb. One particularly contaminated supply well on base had 18,900 ppb of TCE, 400 ppb of PCE, 8,070 ppb of trichloroethylene, and 655 ppb of vinyl chloride.

Field studies and historical reconstruction modeling performed by the Agency for Toxic Substances and Disease Registry (ATSDR) at Camp Lejeune eventually determined that TCE and PCE levels above their current MCLs were present in the distribution systems since the 1950s. The most highly contaminated supply wells serving these systems were shut down by February 1985. It has now been determined that the contamination of the Camp Lejeune water began in August 1953 and ended in December 1987.

After the extent of the water contamination at Camp Lejeune was disclosed, a number of public health agencies performed studies to assess the impact that exposure to the toxic water had on the health of those exposed to it. The ATSDR conducted a series of health studies which compared the health history of former Camp Lejeune residents and employees to a control group from another Marine Corps base (Camp Pendleton). The ATSDR also looked at findings from independent studies involving occupational exposure to the chemicals in the Lejeune water.

Based on these efforts, the ATSDR published reports which identified a long list of cancers and other types of disease that can be linked to the Camp Lejeune water based on varying levels of evidence. A similar list was later issued by the Veteran’s Administration based on clinical guidance from a special committee of experts that was formed to review the available evidence.

Thyroid cancer was not named by the ATSDR as one of the diseases for which it found evidence to support a causal relationship with the contaminated water at Camp Lejeune. This does NOT mean that the thyroid cancer is not linked to Camp Lejeune and it definitely does not mean that former Lejeune residents who have thyroid cancer cannot bring claims under the CLJA.

There is independent epidemiological evidence indicating that occupational exposure to the types of chemicals found in the water at Camp Lejeune can cause thyroid cancer. In 2017, a Marine Corps veteran who served at Camp Lejeune sought VA benefits for her thyroid cancer on the grounds that it was related to the toxic water at Lejeune. In support of her benefit claim, the Veteran presented an opinion from an expert medical witness who concluded that the Veteran’s thyroid cancer was caused by her exposure to the toxic water at Camp Lejeune. The expert cited several epidemiological studies in support of this conclusion. Ultimately, however, the Board of Veteran’s Appeals found that the evidence fell just short of the standard of proof and denied the claim for benefits related to the Veteran’s thyroid cancer. See Board of VA Appeals # 13-21 029 (2017).

Our lawyers view thyroid cancer as a “Tier 3” Camp Lejeune injury. Tier 1 injuries are those which both the ATSDR and the VA have previously identified as being presumptively connected to Camp Lejeune. These are the disease with the strongest causation evidence (e.g., kidney cancer, non-Hodgkin’s lymphoma, bladder cancer, etc.)  Tier 2 injuries are those that are not in the “presumptive” category, but which have been linked to TCE or PCE exposure in at least one study.

The thyroid cancer VA benefits case that was denied by the VA Appeals Board in 2017 is a good example of the type of causation evidence that could be presented in a Camp Lejeune thyroid cancer case under the CLJA. The VA Appeal Board denied benefits in that case, but the CLJA has adopted a lower standard of proof for causation known as “equipoise.” Under this lower standard, the evidence presented in the VA case may very well have been sufficient.

If you lived or worked at Camp Lejeune between 1953 and 1987 and you (or a deceased relative) were later diagnosed with thyroid cancer, call us today at 800-553-8082 to see if you have a case.  You can also get a free, no-obligation case review online.