Our law firm is handling heart defect Camp Lejeune lawsuits in all 50 states.

For 34 years, marines, their families, and civilian employees at Camp Lejeune in North Carolina were exposed to toxic chemicals in the drinking water. Scientific studies have shown that exposure to this contaminated water to increased rates of heart defects. Thanks to a new federal law, victims with heart defects can now bring a Camp Lejeune lawsuit and get well-deserved compensation.

The Toxic Water at Camp Lejeune

Founded in preparation for WWII, USMC base Camp Lejeune is located on the North Carolina coast near the town of Jacksonville, NC. The base rapidly evolved into a small town, with barracks, family housing, schools, hospitals, etc. The facilities at Camp Lejeune accommodate an on-base resident population of around 54,000 composed of marines, spouses, children and other family members. Civilian employees also work on base.

Camp Lejeune has its own water supply system to supply potable water to the base residents and employees. In the 1980s, the water quality at Camp Lejeune was tested for the first time. This testing revealed that the water was basically poisoned by extremely high levels of toxic chemicals known as volatile organic compounds (VOCs).

The two primary VOCs found in the Camp Lejeune water at high levels were perchloroethylene (PCE) and trichloroethylene (TCE). TCE and PCE are part of a family of chemicals known as chlorinated solvents or organic solvents. Two other toxic chemicals, benzene and vinyl chloride, were also in the Camp Lejeune water. The one thing that all of these chemicals have in common is that they are well known to be very toxic to the human body and linked to cancer.

The levels of the harmful chemicals TCE and PCE in the water supply at Camp Lejeune were dangerously high. Testing found that the levels of carcinogenic chemicals in the Lejeune water were several thousand times above the maximum safe limit for drinking water.

When was the Camp Lejeune Water Contaminated?

Did the Camp Lejeune Water Cause Heart Defects?

Studies by various public health agencies, including a series of health studies by the ATSDR, have been done to evaluate the impact that the water contamination at Camp Lejeune had on base residents and employees who were exposed to it. Epidemiological studies have also been done on the connection between occupational exposure to PCE and TCE and various diseases and health conditions. 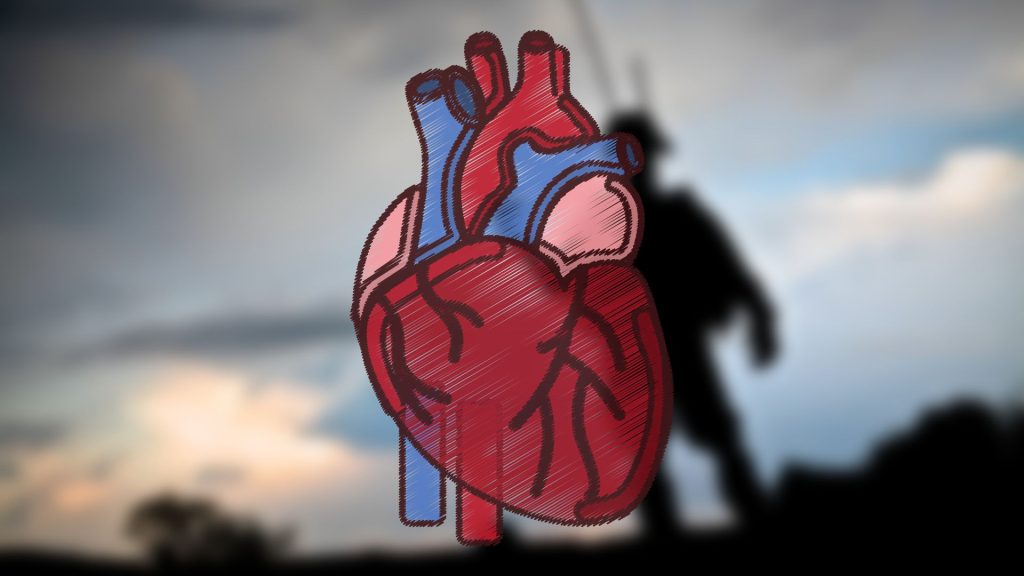 However, there is independent epidemiological evidence showing that occupational exposure to TCE (one of the chemicals that contaminated the water at Camp Lejeune) may be associated with heart defects. This includes a study published in the Journal of the American College of Cardiology which showed a “significant association” between exposure to TCE in drinking water and congenital heart disease and other cardiac defects.

In 2014, the Board of Veteran’s Appeals heard a benefits claim in which the veteran alleged that his coronary artery disease was connected to his service at Camp Lejeune and exposure to the contaminated water at the base (BVA Docket # 11-32 299). The BVA examined the available evidence and concluded that “the evidence of record is in equipoise” and, therefore, it was “at least as likely as not” that the coronary artery disease was related to the Camp Lejeune water.

This decision from the Appeal Board is significant because it involved an application of the same “equipoise” causation standard that has been adopted for establishing causation in claims brought under the CLJA. This decision is therefore is good indication of how heart defect cases filed under the CLJA will likely be resolved.

Who is Eligible to File a Camp Lejeune Heart Defect Lawsuit?

Under a new federal law called the Camp Lejeune Justice Act (CLJA), any individual who worked or lived at Camp Lejeune for at least 1 month between 1953 and 1987 the right to bring a civil lawsuit against the government for harm caused by the toxic water at Lejeune. To be eligible to file a CLJA claim you must be able to show that you meet this residence or employment eligibility criteria and prove that you were subsequently diagnosed with a heart defect.

Congenital heart defects are caused by in utero exposure to the chemicals in the Camp Lejeune water. Therefore, eligible claimants would need to show that their mother lived at Camp Lejeune or worked at Camp Lejeune for at least 30 days during the time that she was pregnant.

Our lawyers estimate that a successful Camp Lejeune lawsuit involving heart defects could have an average settlement payout of around $205,000 and $500,000. This is on the middle to low end of Camp Lejeune settlement amount our lawyers have projected.

The reason for the lower estimated payouts is that heart defects do not have the same epidemiological evidence as some of the other diseases from contaminated water. Also, heart defects are not necessarily fatal like some of the cancers that have been linked to the Camp Lejeune water contamination.

Contact Us About a Camp Lejeune Heart Defect Case

If you were born with a congenital heart defect that may have been caused by the contaminated water at Camp Lejeune, contact our office today to see if you may be eligible to file a claim.  Call 800-553-8082 or get a free online consultation.