Product safety testing discovered dangerous levels of benzene in several major brands of spray-on deodorant (and body spray). Benzene is a notorious human carcinogen that has been shown to cause leukemia. Unsafe levels of the carcinogen were found in some of the most popular deodorant brands including Old Spice, Secret, Suave, and Tag.

Valisure is an online pharmacy with an independent research and testing laboratory. Valisure performs its own chemical analysis and testing on various pharmaceutical drugs and consumer health products. Over the last 5 years, Valisure’s product safety testing and analysis have been responsible for a series of groundbreaking consumer safety discoveries.

In 2019, Valisure’s chemical laboratory was the first to discover that the popular heartburn drug Zantac contained toxic levels of the carcinogen NDMA. This prompted a nationwide Zantac recall and thousands of Zantac cancer lawsuits. Earlier this year Valisure product testing was also responsible for discovering benzene in spray-on sunscreen products. This was followed by major sunscreen recalls and a wave of sunscreen product liability lawsuits.

The discovery of benzene in spray-on deodorant products is a big deal that could have far-reaching implications. Benzene is a chemical derived Benzene has been a well-known human carcinogen for over 100 years. Benzene is a hydrocarbon found in crude oil. It is currently used in the manufacture of plastics and as an industrial solvent.

There is no dispute that benzene is highly toxic to humans and it is universally recognized as a carcinogen. Clinical studies have definitively linked benzene exposure to leukemia and a host of other adverse health conditions including aplastic anemia. Both the World Health Organization and the International Agency for Research on Cancer have classified benzene as a Group 1 human carcinogen (the most hazardous).

Regular exposure to benzene, even at relatively low levels, has been shown to cause acute myeloid leukemia. There is also evidence suggesting that benzene exposure may cause lymphocytic leukemia, non-Hodgkin’s lymphoma, and multiple myeloma. 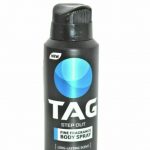 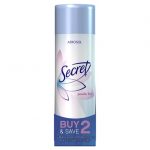 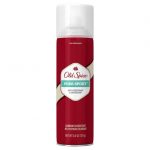 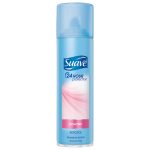 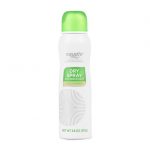 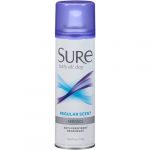 Will We See a Recall of Spray-On Deodorants?

At this point, none of the spray-on deodorant brands found to contain high benzene levels have been recalled. But large scale recalls of these products will probably happen before the end of the year or sooner. Valisure has already filed a citizens petition requesting the FDA to facilitate a safety recall of 11 brands of spray-on deodorant and body spray. The FDA petition cites the results of Valisure’s chemical analysis testing which included over 100 batches of spray-on deodorant products.

Valisure filed a similar citizens petition with the FDA earlier this year after they discovered benzene in spray-on sunscreen products. A month after that petition was filed Johnson & Johnson announced that they were recalling major spray-on sunscreen brands like Neutrogena and Aveeno. The J&J recall came after they performed their chemical testing and confirmed the presence of high benzene levels reported by Valisure.

The discovery of high benzene levels in Old Spice, Secret, and other major brands of spray-on deodorant and body spray will eventually lead to a wave of product liability lawsuits. There is overwhelming scientific evidence linking benzene exposure to leukemia. Studies have shown that regular benzene exposure over just a 12-month period can cause leukemia.

Spray-on deodorant is something that many people use on a daily basis and there is often brand loyalty with these products. This means that there may be people out there who have used one of the spray-on products with high benzene levels every day for several years.  Any individual who used one of the benzene spray-on brands on a regular basis for at least 12-months and was subsequently diagnosed with leukemia may have a very strong product liability claim against the deodorant manufacturer.

Right now, Valisure’s discovery of benzene in various spray-on deodorant brands has not received much attention from national news outlets. If the FDA petition leads to a product safety recall, however, it will draw significant attention to the Valisure discovery. As more people become aware that their spray-on deodorant may have contained high levels of benzene, we should see a steady stream of new spray-on deodorant lawsuits getting filed across the U.S.

Call Us About a Spray-On Deodorant Lawsuit

Our firm is currently investigating potential spray-on deodorant benzene lawsuits. We are interested in hearing from anyone who used one of the relevant spray-on deodorant, antiperspirant, or body spray products on a daily basis for 1 year or longer and was subsequently diagnosed with any of the following conditions: