Jury Verdict Research found that that the median money damage award in vehicle accident cases in Arizona is $16,929. Plaintiffs win money damages in 53 percent of cases that go to trial.

I’m not sure why truck accidents were given their own category in these type of accidents. But this Arizona verdict data is interesting, and I think reflects the relative proportions of the different types of vehicle accidents nationally. 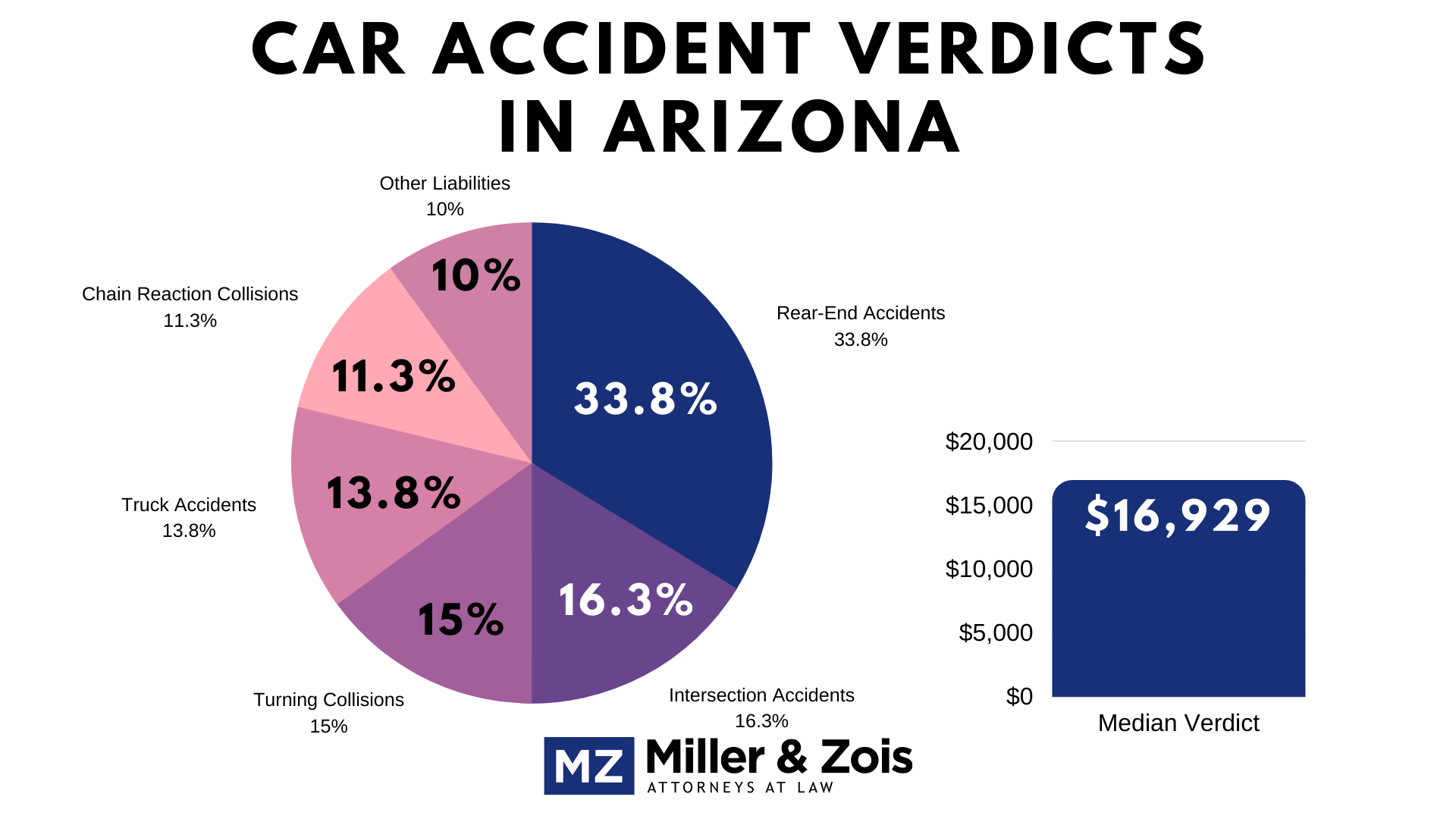