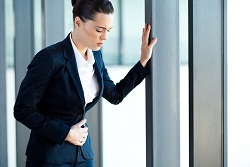 The latest drug to catch the eye of mass tort lawyers is the gout medication Uloric.  The FDA is concerned that Uloric has a greater risk of death compared to allopurinol, another gout medication. This follows a clinical trial which showed that Uloric may result in heart-related death.

Gout is a variation of arthritis that results when urate crystals accumulate around joints. Urate crystals are formed when there are abnormally high levels of uric acid in the blood. Uric acid is usually dissolvable in the bloodstream and urinated out. However, the body can sometimes either produce too much uric acid or excrete too little of it. Gout primarily affects the joint connected to the big toe. Its sufferers experience symptoms such as joint pain, inflammation, redness, and difficulties with moving around. Paul Manafort’s gout complications since he has gone to prison has been a big news story of late. This makes sense because inactivity can exacerbate gout symptoms.

There are contributing factors to gout, but genetics is the primary cause.

There are two different ways to treat gout. One involves treating gout attacks, and the other involves treating its complications. Treating gout attacks can involve nonsteroidal anti-inflammatory drugs (NSAIDs), colchicine, a pain reliever, or corticosteroids. Medications used to treat gout complications fall into two categories. One is medications that inhibit the production of uric acid comprise xanthine oxidase inhibitors (XOIs) such as allopurinol and Uloric.  Uloric is a xanthine oxidase (XO) inhibitor prescribed for the chronic management of hyperuricemia (excessive uric acid) in patients with gout.

Febuxostat, known by the brand name Uloric, is an XOI meant to treat gout. Approved by the FDA in 2009, it is manufactured by the Japanese pharmaceutical company Takeda Pharmaceuticals. Side effects include chest pain, breathing difficulties, irregular heartbeats, numbness on one side of the body, nausea, trouble speaking, and severe headaches.

If you or your family has a history of heart problems or stroke, please discuss this with your doctor prior to treating your gout with Uloric. Please discuss the benefits and risks of taking this medication to them.

Allopurinol, known as the brand name Zyloprim, is a medication used to lower or prevent high levels of uric acid in the blood. It can also help regulate uric acid levels in patients who use cancer medications or have kidney stones. Allopurinol can either cause allergies or be ineffective in some patients, which is why some patients take Uloric instead to treat their gout.

Around February 2019, the FDA concluded that taking Uloric may be more fatal than taking allopurinol. It announced that prescribing information on Uloric must have a Boxed Warning as well as a new Medication Guide for patients. They also announced that they would be Uloric would only be approved for medical use in patients who cannot be properly treated with allopurinol.

Around 2012, a former Takeda employee filed a whistleblower lawsuit alleging that Takeda failed to disclose Uloric’s harmful side effects. The lawsuit claims that Takeda deceived Medicare and Medicaid through their failure to report that Uloric when mixed with other drugs can produce harmful side effects. These drugs include digoxin, Imuran, and methadone. Combining Uloric with Methadone can be fatal as they both contain the same metabolizing enzyme. This allows both medications to remain in the body for a longer period of time and may cause one to die from a methadone overdose.

The former employee also noted that Uloric combined with other drugs can result in bone marrow failure, severe bleeding, or kidney failure. She alleges that Takeda falsified and altered reports that were submitted to the FDA. The reports sent were edited to make it seem as if Uloric’s side effects were not as severe as they actually were. She claimed that these changes were made to make Uloric competitive to allopurinol, a cheaper gout drug.

The lawsuit would eventually be dismissed because a judge ruled that the allegations were not specific. An amicus brief was filed by the U.S. Department of Justice, which challenged the dismissal. However, they did not intervene in the case.

Why is this relevant to the mass tort cases involving Uloric? The claim in those cases was that Takeda caused the government to overpay for gout treatment by diverting tens of thousands of gout patients away from allopurinol at 10 cents a day to Uloric at $5.00 a day.  How?  It was alleged the company improperly and illegally suppressing Uloric adverse event reporting.  Had Takeda properly reported Uloric’s adverse reactions, the unsafe drug interactions for the gout patient population would have undermined Uloric’s claimed advantages over allopurinol, which was the justification for the added expense in the first place.

Why would Takeda do this?  The claim was that “Takeda knowingly hid and/or minimized these risks for pure economic reasons.” So would anyone be surprised if they turned a blind eye to the risk again?  On a practical level, this lawsuit underscores that Takeda does not have clean hands with Uloric and this might help grease the wheels for an early settlement in these cases.

Should Uloric be recalled?

Public Citizen, a consumer watchdog group, has long asked the FDA to take Uloric and any other drugs with febuxostat off the market. What do I think? I think I should stay in my legal lane on this issue. Are there some patients that might benefit from Uloric in spite of the risks? I have no idea. I’ll leave this to the doctors. I also leave this to the FDA, which scares me because they seem to connect the dots just a little too late.

What if I experience severe side effects from taking Uloric?

It is crazy to stop taking a drug because you read that a lawyer tells you it could be harmful, right? Listen to the FDA which says you should tell your doctor if you are taking Uloric if you have a history of heart problems or stroke.

I would take it a step further and discuss the risks and benefits of Uloric with your doctor immediately and ask them if they have seen the new black box warning.  At this point, it sounds like Uloric should be used for patients who are not getting results from allopurinol.  So just talk to your doctor and make sure your side effects are reported to the FDA’s MedWatch program. It provides very useful information to help the FDA track safety issues involving this medication.

Are we taking these claims?  We are. Call us or fill out a contact form.