I’ve written quite a bit lately about complications with the da Vinci Surgical System. Let’s be honest, I’ve had a lot of material to work with. This time though, it might be a bit of good news that could be another important step towards the promise of what these robots could someday do. 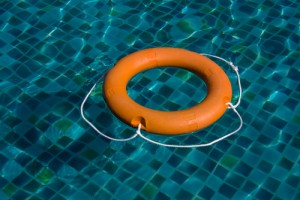 A small liferaft for Da Vinci?

A new report suggests that a number of serious and potentially life-threatening complications from robotic surgery may be avoidable with the use of a safety checklist, before and during an operation. Sounds simple, but true.

A study published this week in Patient Safety in Surgery, researchers from the Washington University in St. Louis School of Medicine found a decrease in problems stemming from robotic surgery when checklists were used during lengthy procedures, a time of “time out” before and during the surgery.

Including things such as checking pressure points to prevent nerve damage, checking for corneal abrasions, and checking patient positioning, doctors have found a decrease in the number of complications with the robotic surgery.

Now we know that checklists help doctors. This is not exactly breaking new ground. The Checklist Manifesto, a great book, showed us the stunning studies that show just how often patients are better served when doctors override their judgment in favor of an old school checklist. But it appears that with da Vinci surgeries, the need for a checklist is particularly acute.

Over the past year, much concern has been voiced about the risks and concerns associated with the da Vinci robot-assisted surgical system, first introduced in 2000. Complaints range from the lack of training that surgeons performing the procedure have had to concerns over the defective design of the machine, and from inadequate warnings to recent warnings about potential micro-cracks in the cauterizing scissors that allow the electrosurgical energy to “leak” to nearby tissue and cause thermal injury or burns to internal organs.

Intuitive Surgical, manufacture of the da Vinci robot, faces multiple lawsuits filed throughout the country, though only one case has reached a jury so far. In that case, the jury found that Intuitive Surgical should not be held liable for the death of a man following a botched robotic surgical procedure. Intuitive shouldn’t get a false sense of security though as they face hundreds of additional claims that have yet to be filed in courts. In addition to injury claims brought by patients, they further face a number of da Vinci robot class action lawsuits brought on behalf of investors who claim that the company misrepresented information about the safety of their only product and the number of problems reported following use of the surgical robot.