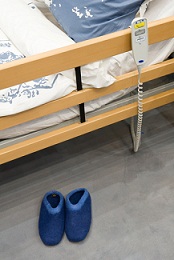 Many people try like crazy to avoid putting their loved ones in nursing homes.  Usually, it is guilt or simply the pain of not having someone they love around.

It is also a fear that the nursing home might kill them.  It is a real fear in almost every state in this county. Which, is exactly what happened in this case.

The case involves a former University of South Carolina football coach and athletic director.   It is easy to figure out who he is, but I just don’t like naming names on this blog. His family sent him to a nursing home in Columbia called Rice Estate for what was intended to be a short stay.   His wife wanted a break from the rigors of watching him because he had Alzheimer’s disease.   Ten days later, he was dead.

His family wants to sue, putting several defendants on notice pursuant to South Carolina law of the intent to file a claim.  The allegation is that he was essentially euthanized without anyone’s consent.  That is what you call serious allegations of wrongful death.

Are these allegations meritorious? I have no idea. The family attorney says, “We believe his death was hastened…. Doctors can’t play God.”

Hastened?  That makes me wonder.   And, honestly, little about the story makes a ton of sense to me.  According to the intention to bring a claim, the coach was fine and requesting to go home the first two days he was there.   On the third day, a doctor allegedly made the call to cut off his diabetes and blood pressure medication.   Instead, the doctor ordered morphine.  Could it have happened that way?  Absolutely.  Is it likely?  No.  If it hastened his death, by how much?  If it was a few days, is that really going to lead to a malpractice case?  My guess is they don’t have an expert on board and this case never gets filed.  But it will be interesting to see.

Regardless of what the real facts are in this case, the reality is that a lot more people should probably be in a nursing home but are not because people fear what will happen.  This tragedy happened to a guy who has a $10 million estate.   Joe Average has even less of a chance of getting quality care.

So people are left with that Catch 22.  Try to care for the one they love at home even though they don’t have the resources or the manpower to do it.  It is a brutal choice. People hear these horror stories about what they can expect in nursing homes.   I remember one extreme case where a couple killed themselves because they feared to go into a nursing home.  (I found it on Google.)  May they rest in peace, that is a completely irrational reaction.  But the fear itself is understandable, right?

We need to do a better job in our nursing homes in this country.  I’m convinced this is the child safety belt issue of the 2030 and 2040. How did we treat our seniors that way back in 2014? But we need to speed things up so tomorrow gets here a lot faster. Because too many people are truly suffering.