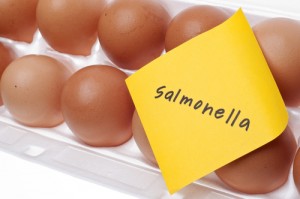 The Minnesota Department of Agriculture (MDA) and the Minnesota Department of Health (MDH) are investigating illnesses that have affected at least six people, and are believed to be associated with a recent recall of organic shell eggs. The eggs were contaminated Salmonella Enteritidis, and were traced back by the MDA to Larry Schultz Organic Farm of Owatonna, where testing confirmed the presence of Salmonella Enteritidis. Larry Schultz Organic Farm has issued a voluntary recall of the tainted eggs. Eggs affected by this recall were distributed to restaurants, grocery stores, food wholesalers and foodservice companies in Minnesota, Wisconsin and Michigan.

Eggs from Larry Schultz Organic Farm are packaged under the following brand names:

The eggs are packed in bulk and varying sizes of cartons (6-egg cartons, dozen egg cartons, 18-egg cartons). Cartons bearing Plant Number 0630 or a “Sell by” date are not included in this recall.

The individuals became ill between August 12 and September 24, and have occurred in both children and adults. Three of these people were hospitalized, but have since recovered.