Roundup was an immensely popular weed killer that was first developed back in the 1970s by agrochemical company Monsanto. Monsanto was later acquired by the international pharma giant Bayer.

Over the last decade, however, evidence began to emerge showing that chronic exposure to the active ingredient in Roundup (glyphosate) could cause non-Hodgkin’s lymphoma and other types of cancer. This prompted a massive wave of lawsuits by individuals who were diagnosed with cancers such as non-Hodgkin’s lymphoma after prolonged use of Roundup.

Almost all of the Roundup cases were subject to diversity jurisdiction so they were either filed in federal court from start or filed in state court and removed to federal court at the request of the defendant Bayer. The only major exception was in Monsanto’s home state of California, where many cases lacked diversity and ended up staying in state court.

The Roundup lawsuits in the federal courts were consolidated into a “class action” Roundup MDL and assigned to Judge Vince Chhabria in the Northern District of California. After a long civil discovery period and a series of 3 bellwether trials that resulted in massive plaintiff verdicts, Bayer gave in and announced in 2020 that it was going to pay a staggering $10 billion to settle all of the Roundup lawsuits. 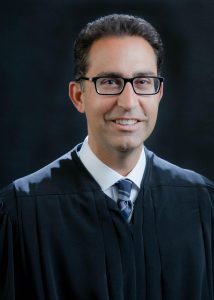 Unfortunately, the process of finalizing an official global settlement in the MDL has been drawn out and complicated by Bayer’s failed effort to get the court to approve a controversial arrangement that would have frozen future claims. Bayer has now scrapped that plan and is slowly settling out large blocks of cases. Meanwhile, Bayer also set aside an additional $6 billion for the resolution of future claims.

This situation has left the Roundup MDL in somewhat of an awkward holding position. A large majority of the cases in the MDL are in the process of settling, so forward momentum (and additional bellwether trials) has ground to a halt. Unfortunately, this has let up some of the pressure on Bayer to move forward with settling the unresolved cases. The MDL Judge, however, has maintained that he will continue preparations for claims to go to trial, in the event plaintiffs continue to reject settlement offers made by Bayer.

Remand of Roundup Case Back to Virginia

Earlier this year, Sue Coffman filed a Roundup lawsuit against Monsanto (Bayer) in Virginia state court. Ms. Coffman was filing a wrongful death suit on behalf of her late husband who died from Diffuse Large B-Cell lymphoma, a form of non-Hodgkin’s lymphoma. The complaint alleges that Mr. Coffman’s cancer was caused by his long-term use of Roundup at an apple orchard.

What made the Coffman lawsuit somewhat unique for a Roundup case is that in addition to naming Monsanto (Bayer) as a defendant, the local suppliers of the Roundup (Costco and Valley Fertilizer and Chemical Co.) were also named as defendants. This was significant because Valley Fertilizer was a local Virginia company and for diversity of jurisdiction to apply ALL defendants must be from a different state than the plaintiffs. 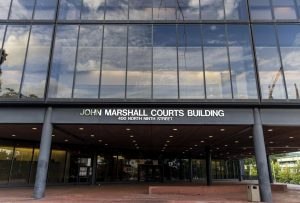 The Coffman case was initially filed in Richmond Circuit Court, but Bayer promptly filed to have it removed to federal court (and transferred into the MDL). Attorneys’ for Coffman then filed a motion to have the case remanded back to Virginia on the grounds that there was not “complete diversity of citizenship” since one defendant (Valley Fertilizer) was a Virginia company. Bayer objected and argued that Valley Fertilizer was fraudulently joined as a defendant simply for the purpose of keeping the case out of federal court.

On October 19, Judge Chhabria issued an order granting Coffman’s motion to remand and sending her case back to state court in Richmond. Judge Chhabria rejected Bayer’s fraudulent joinder argument, finding that there was a possibility that Valley Fertilizer could be liable under a negligent failure-to-warn theory.