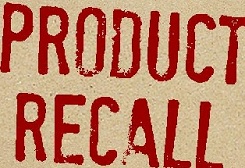 Today, the U.S. Consumer Product Safety Commission (CPSC) and Whole Space Industries have voluntary recalled approximately 3,200 units of Roman shades and roll-up blinds, specifically their “Innovations” and “At Home with Meijer” products. The recall has been re-announced as approximately 240,000 units were recalled in March of 2010.

The products affected by this recall were sold at discount retailers, dollar stores, flea markets and other retail liquidators nationwide, from March 2010 through September 2011. Originally, before being recalled, the products were sold at Meijer stores between January 2004 and December 2009 for about $40.

Consumers should immediately stop using the Roman shades and the roll-up blinds, and contact the Window Covering Safety Council for a free repair kit at (800) 506-4636, or by visiting www.windowcoverings.org. Consumers can also return the products to any Meijer store for a full refund.

It is important to note that no injuries have been reported to date.