Kiddieland Toys and the U.S. Consumer Product Safety Commission (CPSC) have announced the recall of the Disney-branded fairies plastic trike, due to laceration hazard. 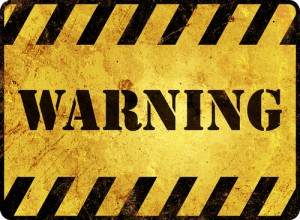 Approximately 12,000 fairy trikes are being recalled (9,000 Disney Princess Trikes were recalled in April 2011) as the plastic fairy figures on top of the handle bar pose a laceration hazard if a child falls on them.

The trike affected by this recall is the Disney-branded Fairies Plastic Racing Trike, which is green and purple, with a white seat and yellow wheels. On the top of the handlebars, there is a Tinkerbell figure and three other rotating fairy figures. “Disney Fairies” is printed on the label in front of the trike just below the handlebar. The trike was sold at Target stores nationwide from July 2009 through December 2009, and retailed for approximately $50.

This recall came after CPSC and Kiddieland received a report of a 3-year-old girl from Ohio who suffered a facial laceration near her right eye. Consumers are urged to contact Kiddieland immediately for a free replacement handlebar with an enclosed rotating display.

With the holiday shopping season upon us, it is rather obvious for consumers to stay aware of these types of recalls, and to make wise decisions when purchasing toys. But really, shouldn’t somebody have foreseen a problem with protruding plastic figures BEFORE somebody actually go hurt?