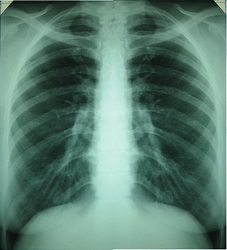 The lawsuit against ConAgra Foods claimed that a man developed bronchiolitis obliterans, severe and progressive damage to the respiratory system, extreme shortness of breath and reduced life expectancy as a result of exposure to diacetyl in the artificial butter flavoring of popcorn. Plaintiff claimed a stunning popcorn addiction: five to seven bags of microwave popcorn daily for approximately 11 years.

It is a long opinion but it can be distilled down to this: the foundational statements of the expert’s opinion are not based on sufficient facts or data.

Again, this is a serious awful disease and it is nothing to be made light of under any circumstances. Certainly, it is possible that the Plaintiff ate five to seven bags of popcorn a day. Certainly possible. But have you ever met anyone who even averaged two? If you gave the plaintiffs’ lawyers sodium pentothal or made them bet their lives on an accurate prediction of how much popcorn the Plaintiff really had, I bet you it would come back to a lot less than five to seven bags. Plaintiffs’ lawyers and/or plaintiffs overreach too much sometimes.

The judges in Newkirk v. ConAgra were Circuit Judges William A. Fletcher and Johnnie B. Rawlinson and Chief U.S. Judge Irma E. Gonzalez of the Southern District of California. You can read the full opinion here.