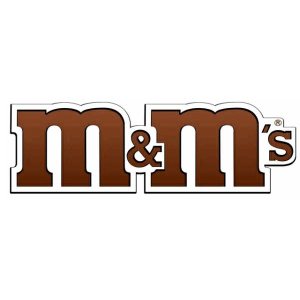 There is a recall of some ounce Theater Box M&M’s because they may be peanut butter M&Ms even though they are not marked that way.

What happened?  I don’t know.  The FDA says theater boxes labeled as “milk chocolate” actually contained “peanut butter” M&Ms.  Of course, peanut butter is not listed as an allergen on the outside box for regular M&Ms.
The boxes included in the recall were shipped to 30 states, including West Virginia, between May 8th, and July 1st of this year.  How long do theaters hold on to this stuff?  Who knows?

How Does This Happen?

More than 1% of us have a peanut allergy.  It is a an unbelievably serious thing.  Approximately 200 people die every year in this country because of food allergies.  More than half of those people suffer from anaphylaxis from peanut allergies.

So if you are selling one product that involves peanuts and one that does not, and you are marketing in large measure to children who are the most vulnerable,  you would think there would be a zillion kind of fail-safe procedures in play so that a 1,000 alarms would go off.

We are working now on a wrongful death medical malpractice case in another jurisdiction against a hospital.  Trust me — everything that could be screwed up was screwed up.  If just someone had been competent or there had been some competent system to provide some procedural safeguards, this woman never would have died.

The thing is, patients come into a hospital with a ton of different problems.  So while the malpractice in this case was over-the-top, you have to concede that any hospital is a complex operation.  But how hard is it to put the brown boxes in one place in the factor and the yellow in another such that the two never meet?

I’m Sure No One Got Hurt But…

Nobody probably got hurt from this and I do think Mars is a pretty decent company.  But you have to ask yourself how many people had to screw up before this was possible and how many standard operating procedures were poorly written such that human error could even come at issue in the first place.

If you have purchased M&Ms with one of these lot numbers, you could get a full refund, we are told.  I love this.  Like we are really going to be taking back our recalled M&Ms to get more.  You would spend more on gas and postage.  I suppose it is nice that they make the offer that they know no one would ever take them up on anyway.  But that is the way it is with many of these recalls.  It is a non-recall recall because there is no way on earth the company is going to have to spend a dime to cover for their mistake.  This just encourages more mistakes.  I’m not saying Mars committed a federal crime here but I do hope they are required to present a plan to show how this is never going to happen again.

Here are the lot numbers: