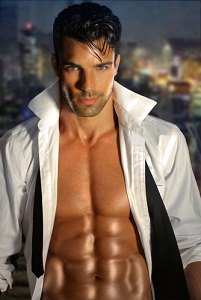 If you are handling nursing home cases, you tend to focus exclusively on the negligence and abuse claims that will lead to a substantial verdict or settlement.

A recent lawsuit filed in New York reminds us of this fact.  A man has brought a suit after he found at his mother’s nursing home, a photograph of a man wearing underwear dancing next to her.

As a son, I get it.  This is an 84-year-old woman.   She has Alzheimer’s disease and advanced dementia.   Not that there is necessarily anything wrong with this arguably harmless fun.  But is this woman in a position to make a decision about whether this is an appropriate activity for her?   How can she consent to being a part of something like this when she cannot consent to anything?

Now, let me admit something.   I had a narrative here – injustices to nursing home residents that don’t get the attention of attorneys – and ran with it.  Maybe this case is not the perfect example.  The nursing home’s attorney says that the resident’s daughter-in-law was there and was in the photograph and that the daughter-in-law brought her to the common area to participate in the voluntary event.

Well, the son says she is an ex-girlfriend, and they were never married.  Still.  It takes any of the steam this case had out of it, at least to me.  It is also worth noting a practical problem that I never would have heard of this woman if the son had not made the choice to speak to the Los Angeles Times and whoever else about it.  If this woman would have been horrified by this – and I have no idea one way or the other – she has now been permanently embarrassed on Google for having her name tossed around like this.

The lawsuit also foolishly alleges that the stripper demanded that she physically touch him.   At a reverse Donald Sterling twist, the lawsuit claims that having a white man in her face would have been disgraceful to her.

Shoot.  Maybe this case proves another point. But, make no mistake,  I can go into my “Google Alert” and find another injustice like the one I was trying to write about here pretty quick.