Indiana juries are more likely to issue a plaintiffs’ verdict, at least according to a recent Jury Verdict Research report that found that plaintiffs win damages in 57% of Indiana jury trials. The median money award for personal injury trials in Indiana is $25,036.

The Indiana comparisons to the national data are interesting: plaintiffs receive damages in 48% of cases that go to trial. So Indiana is more likely to find for the plaintiff. But they award less: the national median is $40,000. (Remember, this is a median, not an average, which excludes, by definition, large verdicts.)
Statistics mislead – there are a thousand clichés to prove it. Interstate comparisons are even more challenging because they are based on results created by different variables. States with higher thresholds to get a jury trial in the first place should – on average – be higher. But these statistics are still interesting.

The following are recent verdicts from the Hoosier State: 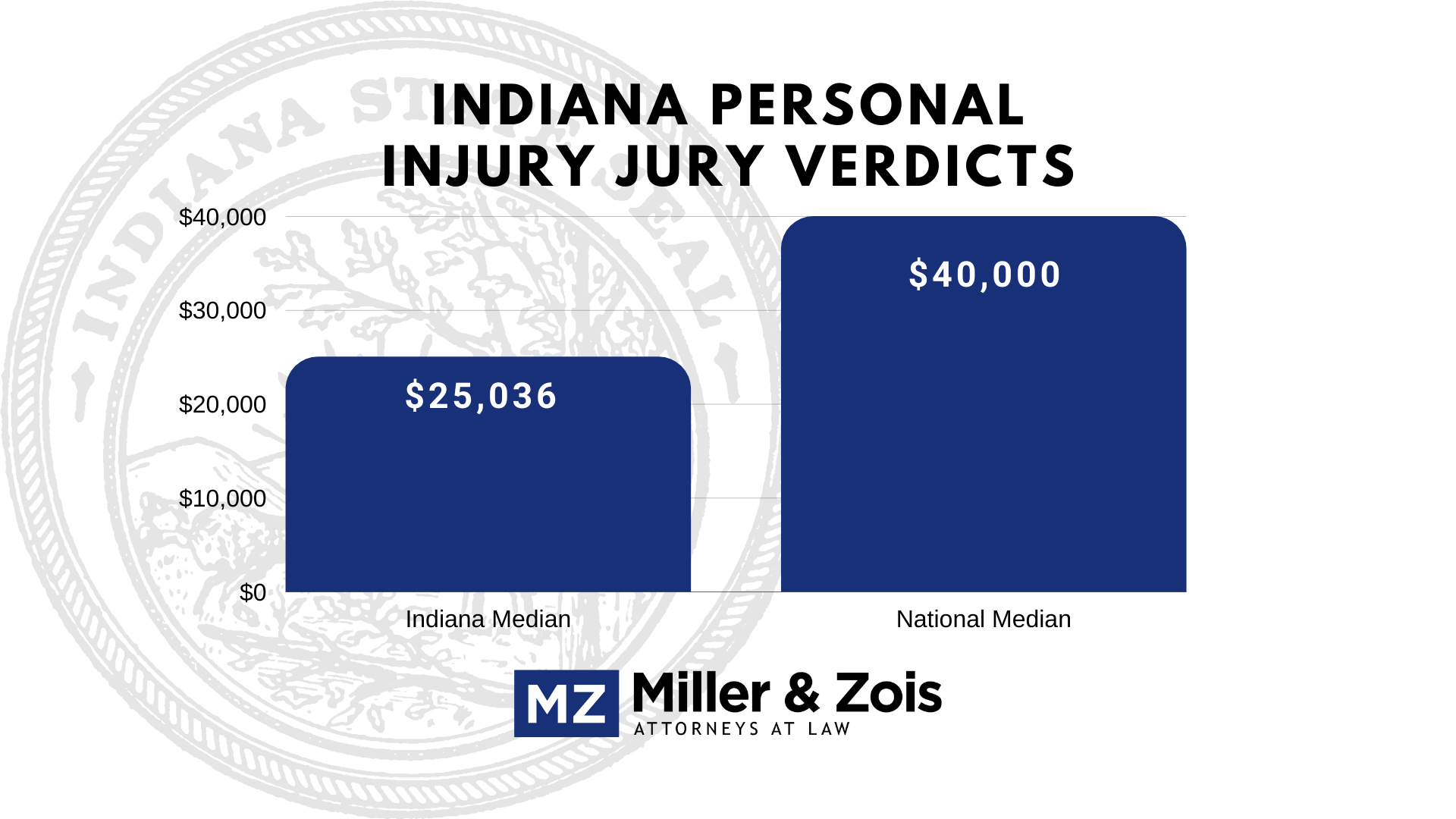