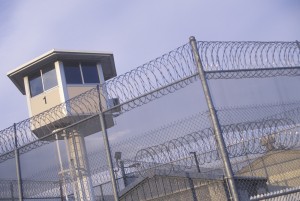 A Hawaii appellate court affirmed a malpractice verdict in favor of a man who suffered an infection on his scrotum that lead to castration.

The outcome is awful.  What makes the verdict surprising is that the plaintiff was a prisoner at the time of the malpractice, serving time for a drug offense.

Besides the prisoner hurdle, the plaintiff also had to get around the doctor’s immunity argument that as a government employee, he should be immune from liability.

Looking for more hurdles?  This was a bench trial.  So you need to get the seen-it-all judge to appreciate the suffering.

In this case, that was not too hard.  Plaintiff’s damages included six surgeries, a scrotal sac amputation, two months of hospitalization, and infertility.  Actually, when you think about it, the doctor got off incredibly light.  Why do I say that?  Find me a man in the world who would be willing to take those injuries in exchange for $1 million.  I think you could go to underdeveloped countries where no one would take that deal.

Anyway, the doctor still decided to appeal.   But in a unanimous ruling yesterday, the Hawaii Intermediate Court of Appeals held that the doctor’s treatment of the patient was no different from any doctor treating any other patient and, accordingly, the physician was not protected by sovereign immunity.

As I have written before, we get letters from prisoners all the time claiming substandard care.  We have, to be honest, never followed up on one.  Because the likelihood of an individual case having merit is so slim.  But you know that prisoners get substandard care all the time.  Really, next time I get one of these letters I will think twice.

You can read the more gruesome details in the opinion here.