Electronic cigarettes…better for your health?  Well, that could depend on whether or not it blows up and catches fire. 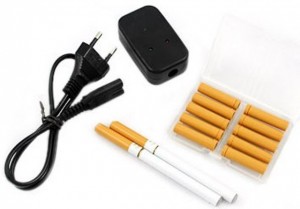 The e-cigarette, a device that vaporizes a solution of water, nicotine and flavoring without the smoke and the combustion, is not currently regulated by the FDA.  According to a professor of medicine and public health at Indiana University, while the devices go unregulated, Americans who purchase e-cigarettes do so at their own risk.

E-cigarettes, most of which resemble a tobacco-leaf cigarette, use a battery to heat liquid that contains nicotine into a vapor that the user can inhale.  The FDA is currently regulating this whole industry as a tobacco product, so all the component parts, including the battery and charger, are not tested for safety.  In addition to inhaling vapor of a drug administered by an electronic device, one that has not been tested for its safety, there is an increasing number of reports of the e-cigarette catching on fire, or exploding.  Several reports of fires and injuries have been received, and lawsuits are being filed.

According to E-cigarette trade association figures, there are roughly 3.5 million of the devices in use.  The sales have doubled every year since 2008 and are projected to reach $1.7 billion in 2013.   Yet I don’t know a single person who actually smokes one of these.

The electronic cigarette industry is growing.  Given the continued growth, and an unregulated product, the lawsuits may continue to grow at the same rate.