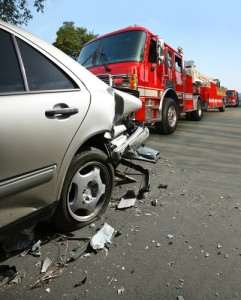 I think it is a sad commentary but we see it time and time again: procedure often trumps substance in personal injury cases. We saw this again last week in the 2nd Circuit’s opinion in Hunt v. CNH America. The litigation arose out of a tractor accident that severely injured the plaintiff.

In this case, the plaintiff and a coworker were instructed by their employer, a dairy farm in New York, that they were to drive a working tractor to a nearby farm in order to tow another tractor that had been disabled. Their plan was to chain the two tractors together and use the smaller, working tractor to tow the much larger tractor. While on the way back to the dairy farm, the men encountered a steep decline. Their solution was to use the disabled tractor’s brakes to keep the tractors from hitting one another. Unfortunately, the disabled tractor did not have use of its engine and could not brake while going downhill. The larger tractor slammed into the towing tractor and both fell to their sides. The plaintiff’s right leg was injured during the fall.

No doubt, the plaintiff and his coworker were engaged in an inherently dangerous activity. They were using a 15,000-pound tractor to tow a 47,000-pound tractor down a steep hill. Even the most basic understanding of physics should have indicated this was a negligent plan that carried serious risks. I’m not saying the plaintiff devised this course of action, perhaps his employer was insistent on getting the task done no matter the danger. Regardless, we can all agree: using a Smart Car to tow a Suburban is not, to be generous, the most prudent course of action.

The trial court excluded the plaintiff’s late-filed expert testimony because… well because it was late. At trial, the plaintiff failed to put forth evidence of a manufacturing defect and similarly did not explain why towing caused the accident. Plaintiff’s expert witness testimony was critical to the design defect claim. Because this testimony was excluded, the design defect claim failed. Plaintiff’s failure to warn claim failed because, as discussed below, he knew of the risk that a warning ostensibly would have cured. Because all the plaintiff’s theories for recovery had been eliminated, the trial court directed a verdict to the defendant.

Plaintiff appealed the order, excluding his expert’s testimony on the grounds that he did not have a proper hearing on the matter.

The Court of Appeals found that the District Court properly excluded the plaintiff’s expert testimony and that there was no abuse of discretion. The appellate decision also specifically discussed the fact that the plaintiff admitted that the towing plan was a poor choice. This admission essentially defeated his theory that CNH should have included a “Do Not Tow” warning.

The court’s reasoning makes sense because a failure to warn theory requires that (1) a manufacturer has a duty to warn against dangers that are foreseeable, and (2) the failure to do so was the immediate cause of harm. If the plaintiff already knew that towing a large tractor downhill was a dangerous idea then it is impossible for the manufacturer’s failure to warn to have caused that same harm. Because if you know it is a bad idea, a warning will be redundant. The same is true in a drug defect case. You can’t argue duty to warn if the doctor is saying that if she had been warned she would have administered the drug, anyway.

So the first take-home message is to name your expert witnesses on time or expect to get them stricken. You are the plaintiff. You can file your expert designations with the lawsuit. Wait until the gun is loaded before you fire it. Second, if you will bring a duty to warn claim, make sure the warning would have made a difference, or that claim will not fly.

You can read the court’s opinion here.